Yorkshire Terrier counts as a representative of the smallest dog breeds. Due to its cute appearance, it usually seems sweet and very light. But this cute look can also be deceiving, because the Yorkie in contrast to his size, is also very self-confident and courageous. It is recognized by the FCI and classified in group 3 of miniature dogs. As the name suggests, the breed originated in Scotland and the north of England.

The Yorkie is an exceptionally handsome dog. He has a well-proportioned build and a silky, shiny coat. He has dark beady eyes and short standing, pointed ears.

A special visual feature of the animals is their long, smooth coat. This is usually held in a bright gold - tan color. However, the coat color of the Yorkie can also be much darker. So there are also so-called blue copies. These are almost black and have some bright applications, mostly in the chest or belly area.

Many breeders try to create Yorkshire Terriers as miniature versions. These dogs are bred solely for the sake of appearance. However, this is done much to the chagrin of the dogs. Too small, so-called "toy terriers" have a much shorter life expectancy. Their bodies cannot develop freely. This inevitably leads to diseases and health problems. Both mental and physical deformities are the result. In general, every future dog owner is expressly advised against such breeders.

The nature of the self-confident four-legged friends is impressive. On the one hand, the dogs are incredibly cuddly, sweet and affectionate. On the other hand, they try to dominate their fellow dogs. This can appear aggressive to the outside. Here the little ones are amazingly courageous and self-confident. However, it is exactly this diversity of personality that makes the breed so interesting.

Especially when meeting other dogs, Yorkies like to try to take control. They often show boldness and like to bark. This behavior can be misinterpreted as aggressive. However, the dogs basically just want to make themselves important. Often, large dog breeds do not take the small four-legged friends seriously because of their appearance. That is where this behavior comes from.

Another trigger for the brash, partly self-overestimating nature lies quite simply in the character of the animals. They probably see themselves much stronger than they actually are. In the normal case, however, this behavior is to smile. If it gets out of hand or the dog actually bites, clear limits must be set. With a few tips and tricks, even such behavior can be trained away.

Yorkshire Terriers are full of energy and are by no means pure lap dogs. They love to romp and want to keep themselves actively occupied. Their strong hunting instinct also contributes to this. When walking in forests or parks, the dogs pick up the tracks of other animals. To resist a squirrel or a mouse is almost impossible for the dogs.

The fur noses are basically also suitable as family dogs. However, it should be noted that Yorkshire Terriers are relatively delicate animals. Children should therefore be taught the proper handling of dogs in advance. Since children are not yet able to judge their strength very well, caution is required. Injuries to the animal or defensive protective reactions should be avoided at all costs. If children know how to handle the four-legged friend, he will be a loving and joyful companion.

The diet of Yorkies should be balanced and healthy. The little four-legged friends have a lot of energy. Therefore, they should also eat a lot of vitamins.

As with most dog breeds, the Yorkie must not gain excess weight. This could drastically reduce the life expectancy of the dogs and cause diseases. On the other hand, the small dogs no longer feel comfortable in their skin. Running and playing is noticeably more difficult for overweight animals.

Unfortunately, Yorkshire Terriers tend to get allergies. If there is a suspicion of an intolerance, this can be clarified at the vet. A corresponding test then gives certainty. In the case of an allergy, the diet of the animals is somewhat more difficult. The research has today however already of all hand alternatives to offer. Thus, a balanced diet of the little ones is still possible.

Keeping a Yorkshire Terrier is simple. The dogs are content even with cramped living spaces. Also, Yorkshire Terriers do not necessarily need a garden or many hours of outdoor exercise. Nevertheless, they should get daily exercise and go for short walks.

Especially for this reason, Yorkshire Terriers are excellent city dogs. The small four-legged friends may be kept in any rented apartment. They can be taken everywhere without any problems.

The breed is also considered a cuddly lap dog. He can stand being on the owner's arm or lap for a longer period of time. Thus, traveling with a Yorkie is also unproblematic.

Only the care of the coat of the four-legged friend requires special attention. The fur must be brushed regularly and combed thoroughly. When walking, dirt and grime quickly accumulate in the fur of the animals. This should be removed immediately for the love of the animal. However, frequent washing or even shampooing should be avoided. This can lead to skin irritations and allergies.

In addition, it is useful to shorten the growing hair at regular intervals. Here, for example, the animal's coat can be shorn very short in the summer. So the dog has it easier with high temperatures and can bear heat better. The cutting of the fur is usually done with clippers or clippers.

Of course, the Yorkie can wear his coat long. However, it should be noted that the coat does not interfere with the dog when running or walking. Especially the area around the eyes should be kept short and groomed extensively. This reduces restrictions on the dog's field of vision. For the dog itself, a short coat is certainly more comfortable. For the well-being of the animal, the owner should be responsive to this.

On the streets you can often see Yorkshire Terrier wearing bows and clothes. It is perfectly fine to put a sweater on the four-legged friend at low temperatures. Even a bow in the hair is allowed, as long as this does not disturb the dog. However, it is important to remember that dogs are living creatures. They should not be kept or anthropomorphized as fashion accessories. Instead, the dogs should be able to let off steam and follow their instincts.

When raising four-legged friends, the terrier influence should be taken into account. Even if the animals look small and petite, they often have a great personality. They love to play and are constantly on the move. The little darling should be given some toys with which he can frolic carefree. Yorkies are enormously intelligent. They learn very quickly and love to be taught tricks.

Small dog breeds often seem aggressive and belligerent. This is because they want to prove themselves. Because of their appearance, they are often not taken seriously. However, this is the desire of the animals. They want to make themselves heard by barking and growling. 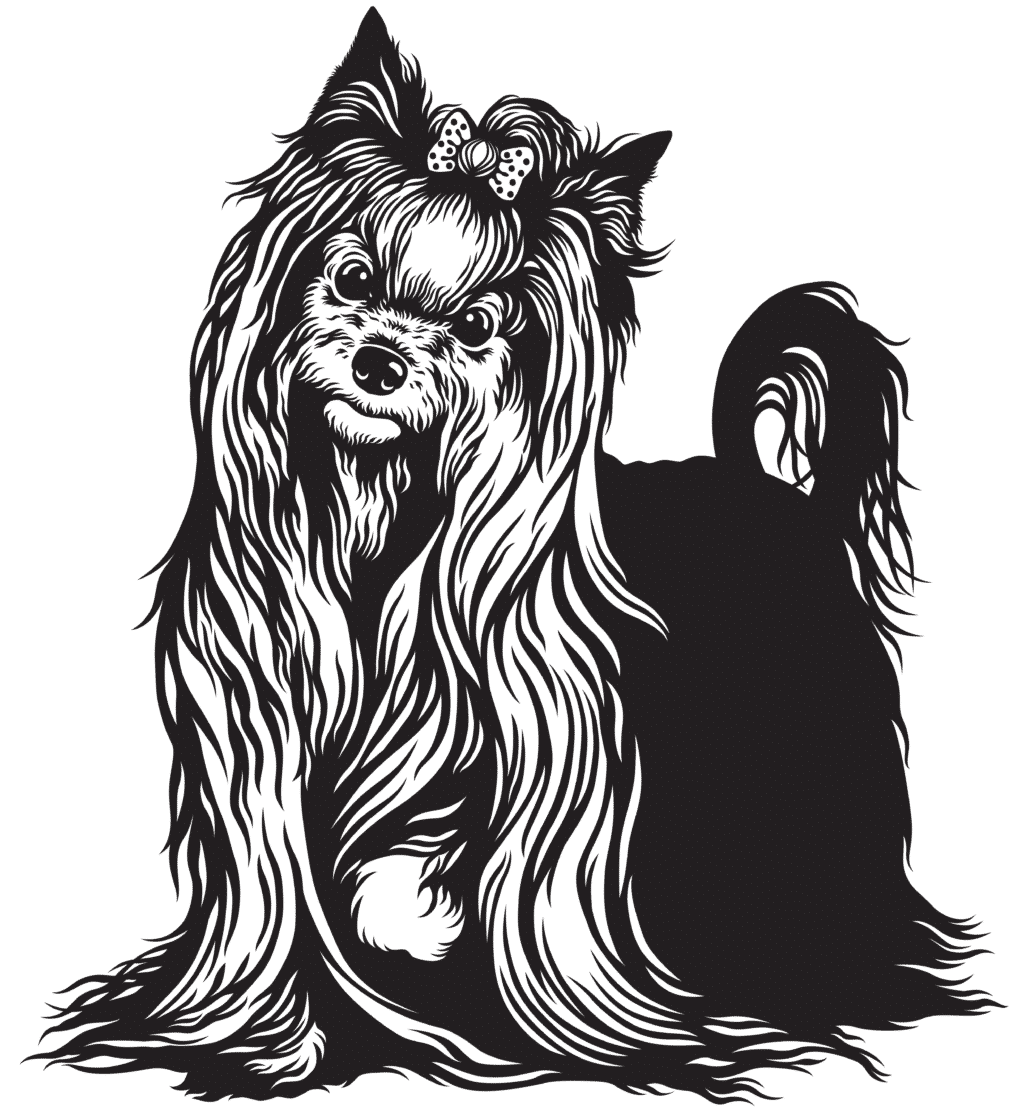 Originating from Great Britain, the breed served as a house and farm dog for many centuries. Mostly he was kept by poor working families as a guard and hunting dog. Despite the small cramped households, the Yorkie found enough space with its small size.

The lively terrier always protected his territory iron. He also kept away mice, rats and other small animals. According to stories, the Yorkie even hunted foxes and marten, which came too close to him and his yard.

Despite its function as a hunter and guardian, the Yorkshire Terrier has at the same time been considered a lap dog for over a century. His cute appearance and his cuddly nature were decisive for this. Gladly the small four-legged friend was already spoiled and pampered by his owners at that time.

Already in 1873, the Yorkshire Terrier was recognized as a dog breed by the British Kennel Club. In Germany, however, the breed became known only in the late 1970s. 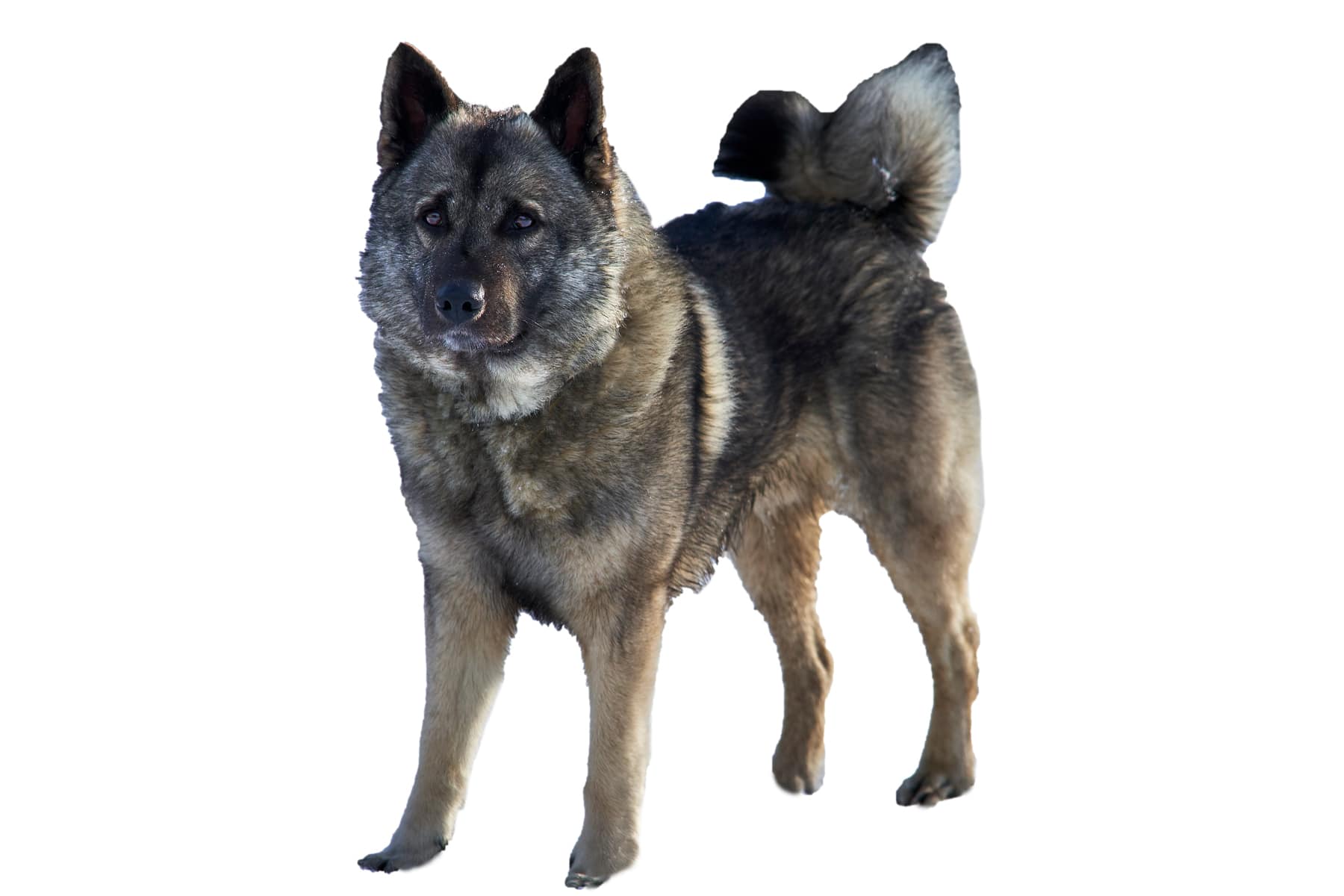 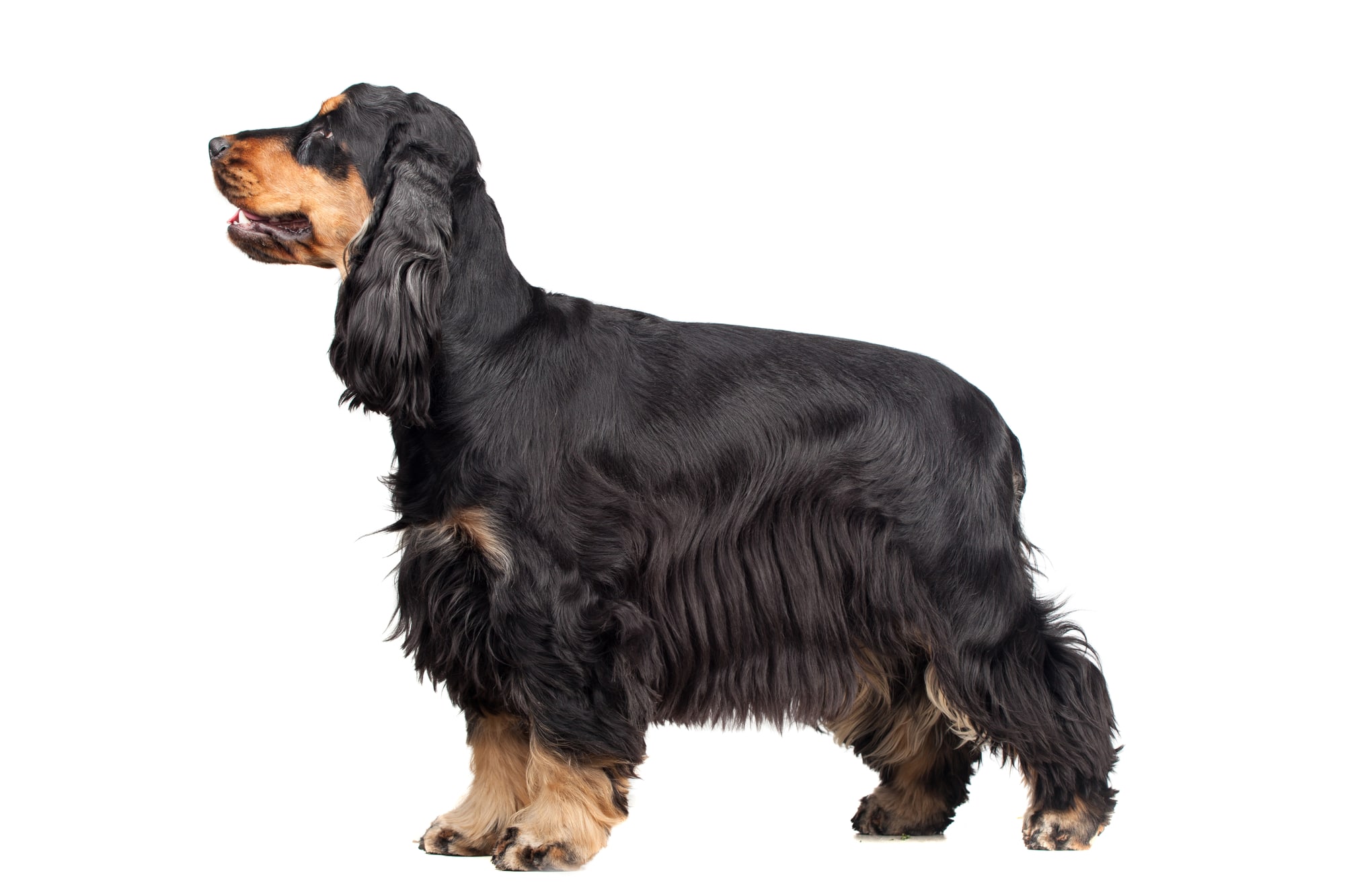 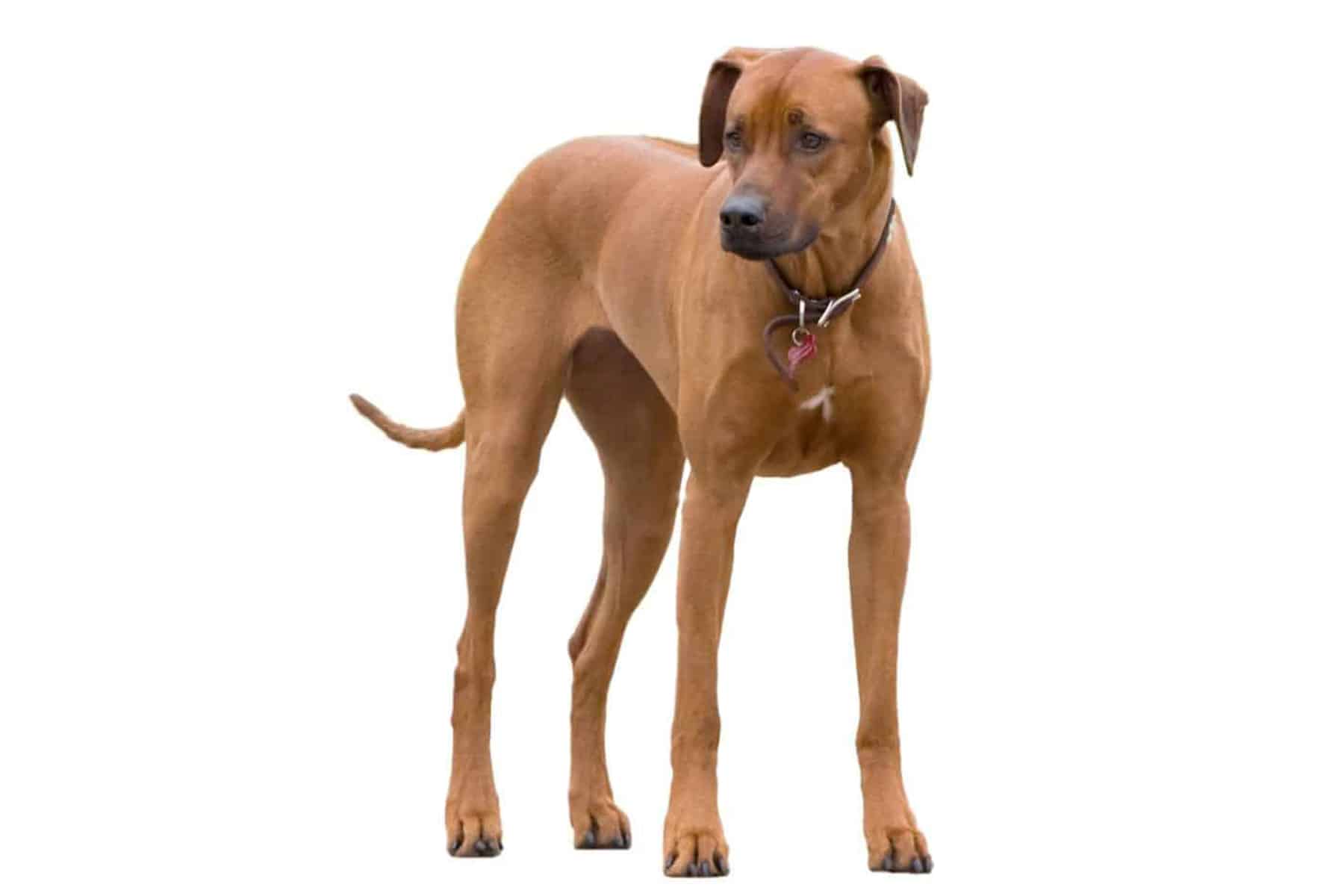 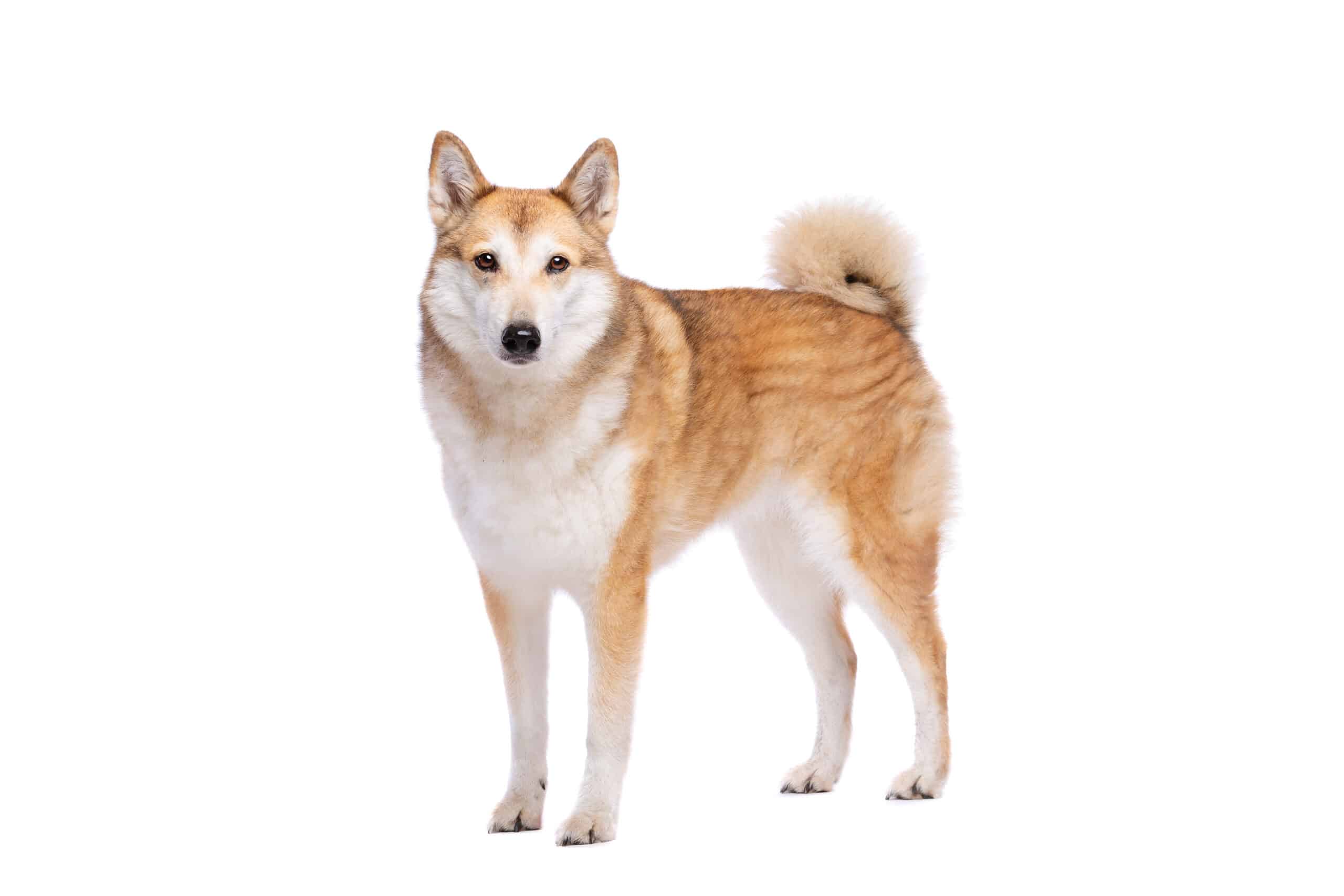