The American Akita is one of the most impressive dog breeds of all. He is especially noticeable for his strong build, curled tail and balanced coat design.

It is an independent, self-confident and person-related dog with hunting instinct. He belongs in experienced hands and needs a consistent and loving education.

The American Akita is a dog breed recognized by the largest canine governing body, the Fédération Cynologique Internationale. The FCI assigned the breed to Group 5, Spitz and primitive type dogs, Section 5, Asian Spitz and related breeds. The standard number is 344, without working test.

The physical appearance of the quadruped is balanced. He is tall and strong and longer than high. The bone structure is composed of strong and heavy bones.

The prominent head has a broad and slightly triangular shape. His muzzle lies low. The dark brown eyes are not very large. The attentive and pointed ears are striking. They always seem to listen.

The coat consists of stick hair. Its strong growth indicate the close relationship to the Nordic dog breeds. The upper coat is short. The undercoat is strong, soft and also short.

The typical tail is curled and carried on the back. The hair of the tail is bushy. It differs from the rest of the coat design by a greater length and density. Likewise, the hair on the withers and croup are significantly longer.

All coat colors are permitted in the American Akita. There are also brindle and pied varieties. According to the breed standard, the color design on the head and body is clearly laid out.

Pied breeds show evenly arranged spots on a white background. They are distributed over the head and the whole body. Some animals have mask and blaze and different colored undercoat and top coat.

The American Akita is suitable for people who prefer a dog with an independent, strong and at the same time sensitive character. He is considered to be fearless and sublime. He is known for keeping calm and composure even in difficult situations.

The breed has retained the hunting behavior instilled by the Japanese to this day. You can tame this instinct only through consistent education and strong attachment to you.

Outstanding is the dog's reference to a leader and its intelligence. In addition, he is friendly, docile, obedient and works concentrated. These characteristics are good prerequisites for a successful education. They can also help when stubbornness occurs.

An adult Akita often keeps his distance to his conspecifics. Especially males, but also females tend to dominance behavior at a meeting. This peculiarity is often lost through much positive contact in puppy and adolescent age.

Basically, the four-legged friend can be well integrated into the family. He also gets along well with children. Since he has a strong protective instinct, his role in the pack must be clear.

Due to his pronounced hunting behavior and territorial behavior, he tends to be very alert and vigilant. If necessary, he strikes by loud barking.

The American Akita likes quiet but also demanding times. He wants to measure his strength and needs enough exercise every day. The demand of the run and the occupation depend on the age and the movement need of the animal.

A puppy or a young dog needs short walks several times a day. An adult dog, on the other hand, needs a one-and-a-half to two-hour run at least three times a day. Sniffing and marking are of course included.

Just like humans, dogs need a safe place in the house. This serves as a place of retreat, rest and sleep. You should set it up where the dog can at least partially overlook its surroundings. He should be able to participate in family life.

The American Akita is satisfied with normal dog food. An optimal diet is balanced and varied. This applies equally healthy treats and snacks.

The daily quantity and quality of the food should be adapted to the age and activities of the dog. Giving small amounts throughout the day is often better for the digestive work than a large food ration.

To use is a species-appropriate pet food for large breed dogs. Proper nutrition begins with the puppy, continues with the adolescent and adult. Old and sick animals necessarily need special food.

Quality food is composed of animal proteins. In addition, all the necessary nutrients and vitamins. High-fat food, flavor enhancers, additives and dyes do not belong in the food. Cooked bones should be avoided, as they form injurious splinters when chewed.

Every now and then it is advisable to give a dried beef goat, a beef ear or a chew bone. Such treats provide a tasty variety. They also strengthen the chewing muscles, challenge the animal's bite and dexterity.

Always provide fresh water from a clean bowl as a matter of course. Make sure the dog gets to his bowl as needed. After eating, he should rest and digest. In this way, no unforeseen digestive problems can arise.

Proper care refers to the coat, teeth, ears, paws and claws. To counteract matting and parasites, brush the coat regularly. Several times a week is enough.

The change of coat takes place twice a year. During this time you can brush your dog daily. In this way you will help him to get rid of the excess hair more easily. In addition, he does not need to scratch so often and spares the skin. Wet cleaning is necessary only in case of real need.

Likewise, you must regularly examine the Akita for a possible infestation of parasites. This is especially true if he scratches and shakes unusually often.

The most common causes of suffering include ticks, fleas, mites, but also allergies. Clear signs are itching, stuck ears and eyes as well as injuries and at the soft parts. An early visit to the vet brings clarification and prevents worse.

With a regular cleaning of the ears you counteract a parasite infestation and possible ear blockages. By cleaning the teeth you remove tartar. You prevent inflammation and decay.

Last but not least, regular vaccinations and ensuring the necessary vaccination protection are significant. It can be important to carry out worming and mite protection.

Who acquires an Amerian Akita, gives him enough occupation. As a balance to the hunting instinct, working with the nose, search games or mantrailing are suitable. Furthermore, dog sports such as obedience, agility, dogdance, lunging and trick draining are suitable.

These tasks engage the dog physically and mentally. In addition, the exercises support the learning of obedience. A large garden with exercise at the house or in a rural environment would be desirable.

As for all dogs, the best activity for the American Akita is contact with other dogs. This supports a successful socialization and promotes well-being.

The suitable place for the American Akita to lie down is in a fixed place. Ideally within the living area of the people. There it is quiet, dry and not drafty. The pad consists of a comfortable and easy to clean blanket. The basket contains a comfortable insert.

The right running harness fits the dog perfectly. It does not constrict him and does not hurt. It helps you to guide your friend during the walk. A If the dog rides in the car, he needs a transport box or a tether for the necessary safety.

It must not be possible for the dog to break the play utensils into small pieces. Otherwise, there is a risk that he will swallow them and suffer damage. 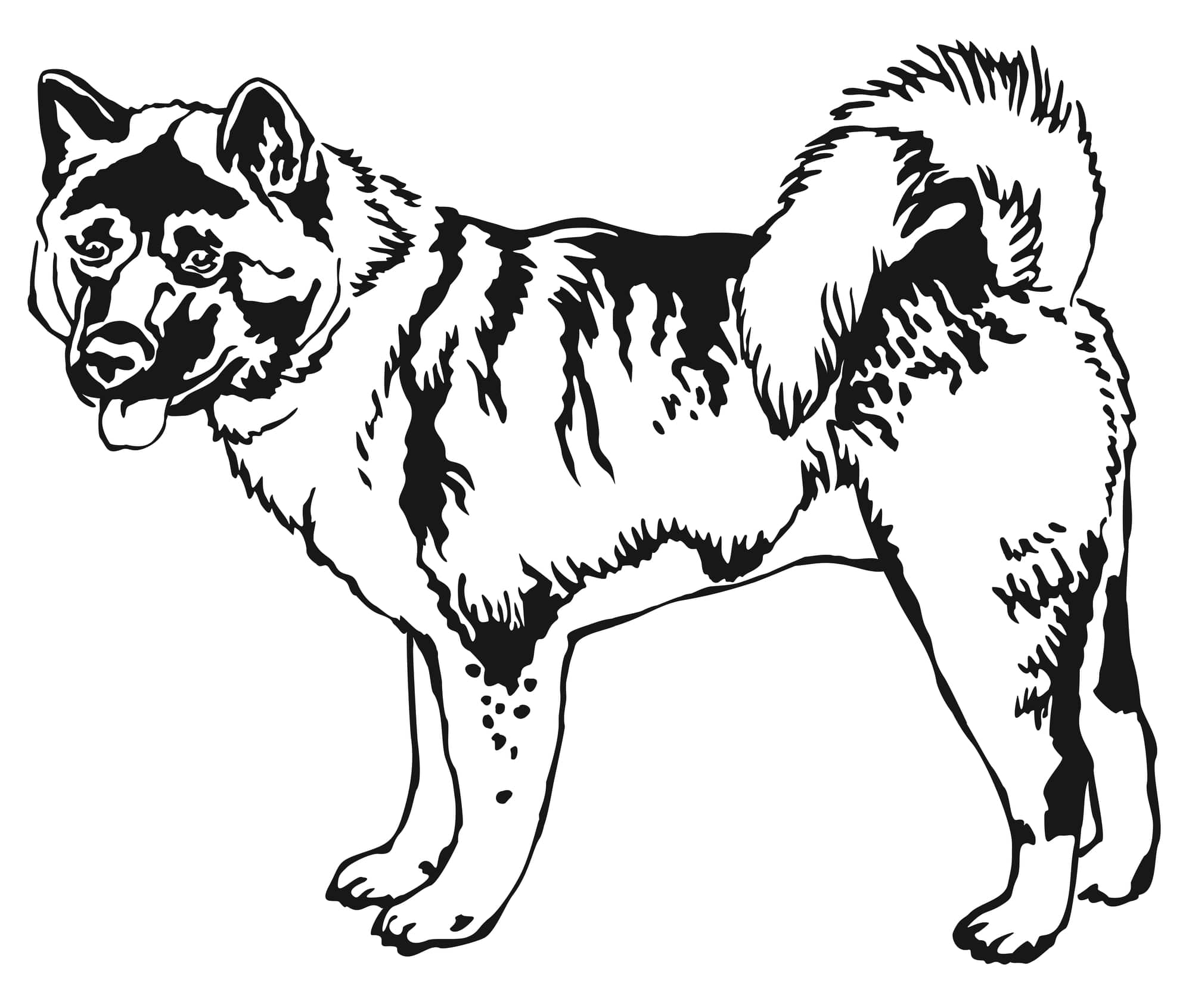 This is a medium-sized breed of dog. They served primarily as faithful companions of the samurai. In other countries, the animals found their preferred use in bear hunting and dog fighting.

In 1956, the Americans began their own breeding. The American Akita or American Akita was born. Even today, the treaties mainly wear dark face masks. They have a strong stature and a balanced character.

The Japanese did not recognize these occurrences as a breed. They started breeding again. The Japanese Akita, also called Akita Inu, was created.

The emerged occurrences are white, red, toast and brindle, respectively. They are smaller and not so stocky. Their character is considered more balanced and aggressive, than that of the American relatives. 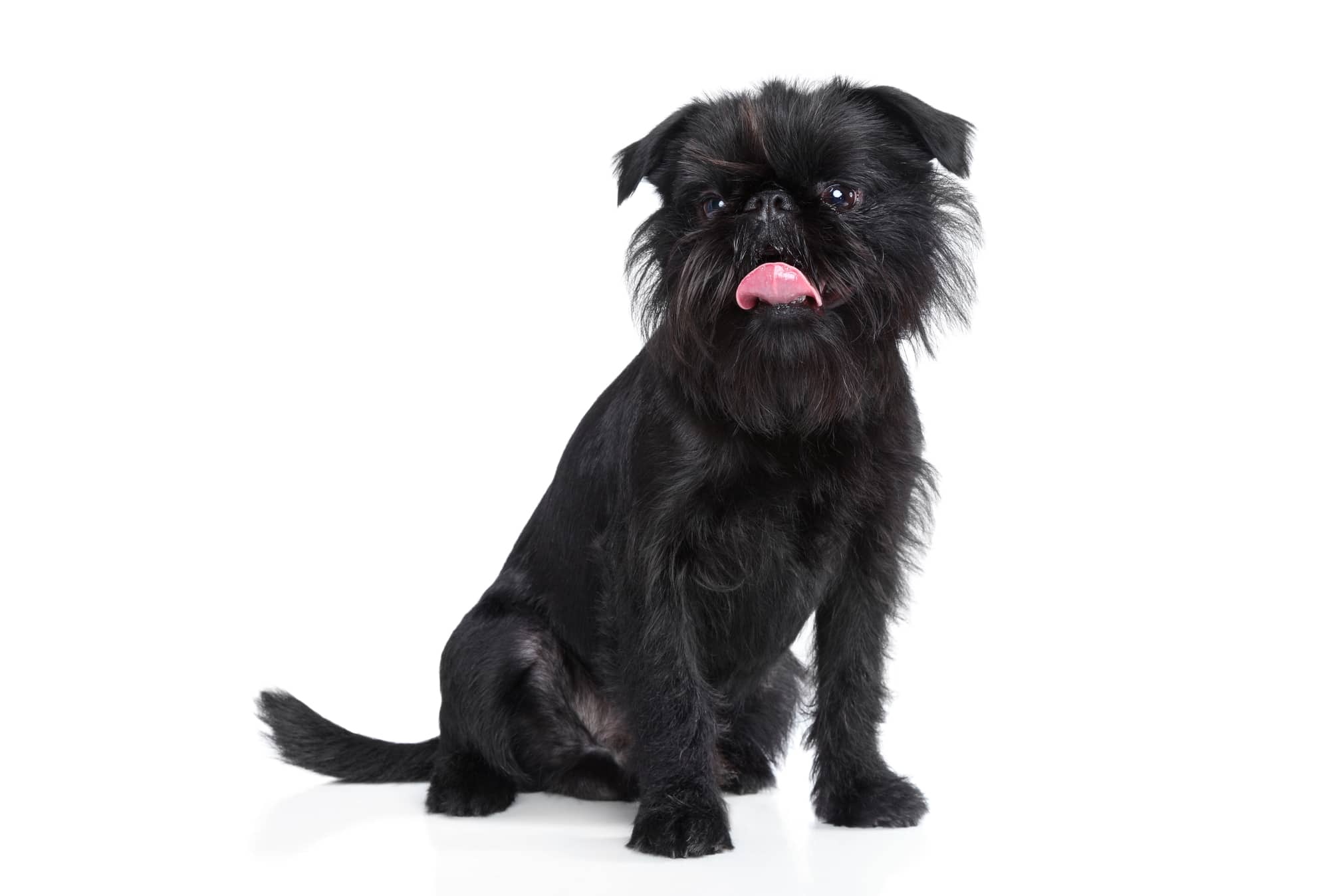 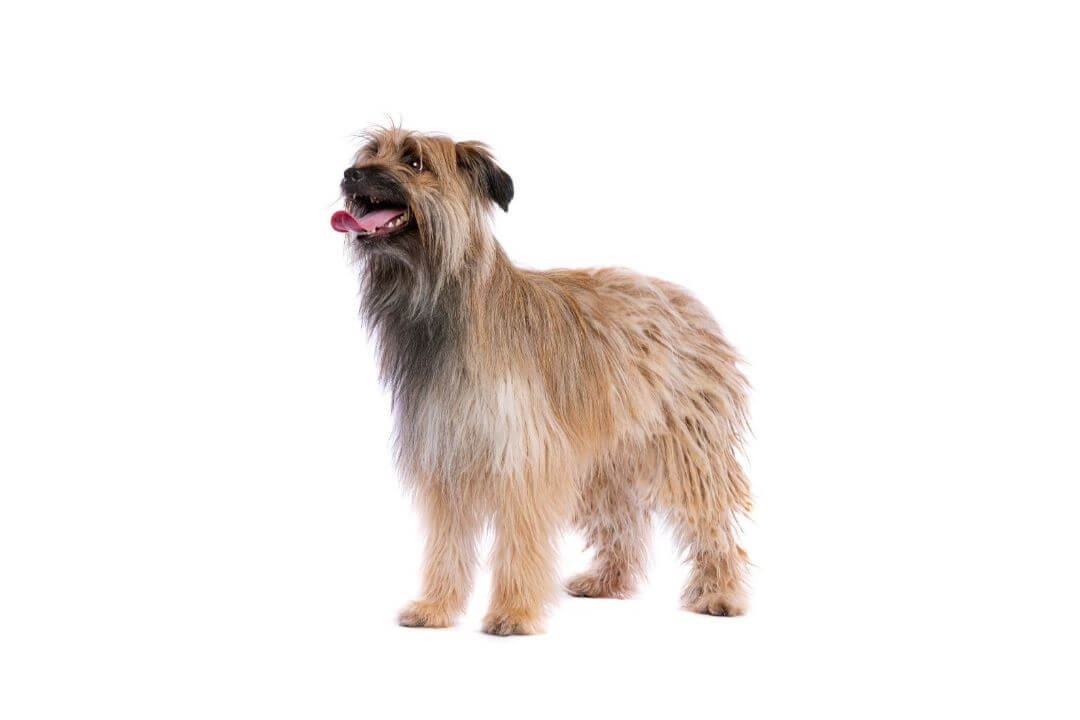 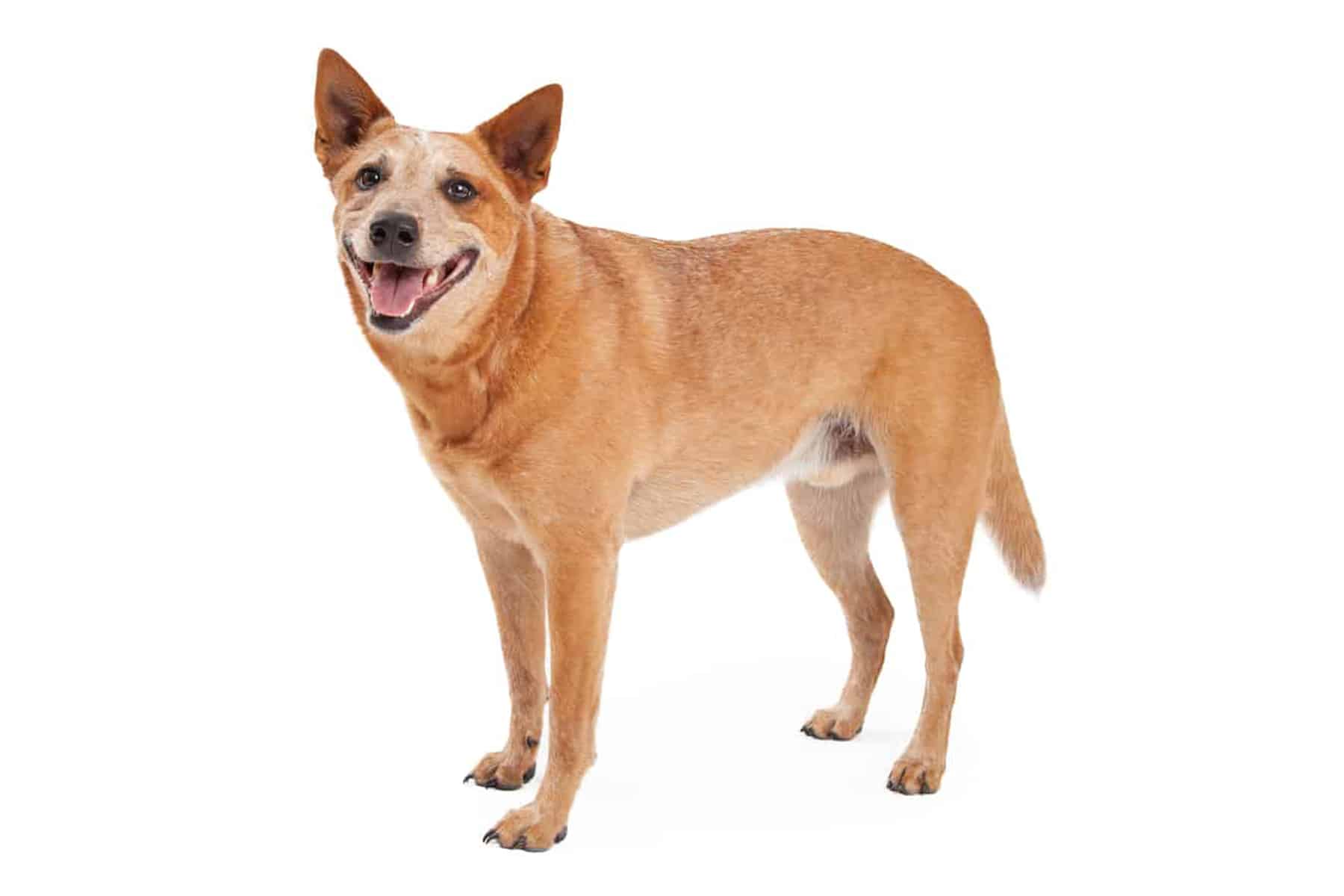 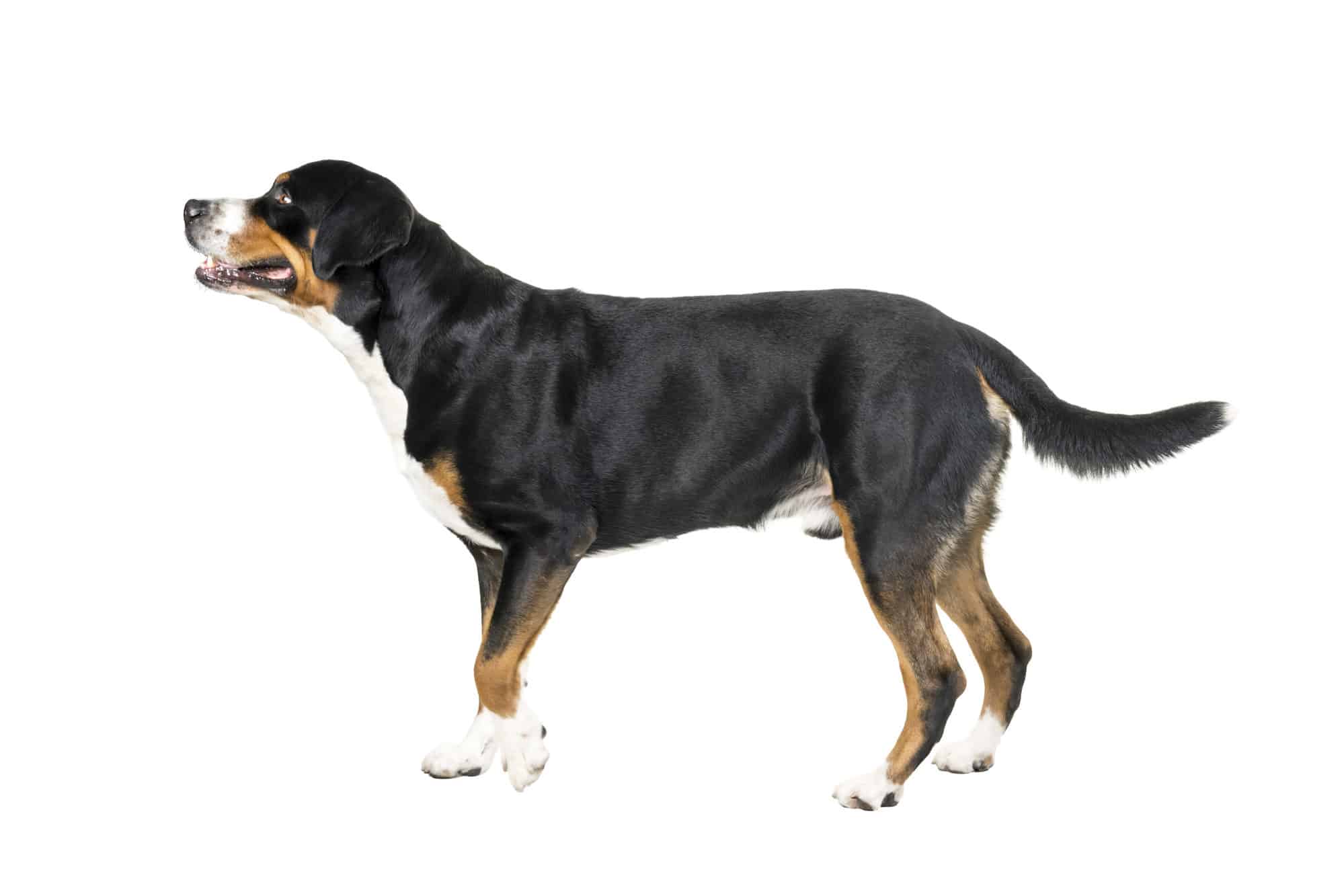