Dalmatian is a Croatian dog breed. Dalmatians are running and sweat dogs and have a very friendly nature. They are very popular as family dogs, especially because of their lively nature. Also in film and television they already reached great fame.

The Dalmatian reaches a height of 54 to 62 cm and a weight of 20-30 kg. Bitches are basically slightly smaller than males. The life expectancy of a Dalmatian is between 11 and 13 years.

The proportions are good. The Dalmatian is best known for its spotted coat. The basic color is white with black points or white with brown points. This particular coat coloration he gets from his special pinto gene.

He is vigorous and slim at the same time. His head shape is narrow and elegant. He has hanging ears that are close to the head. The eye color is dark brown. On the other hand, if the coat is brown, the eyes are amber-brown. He also has a long tail.

His coat is short, smooth and shiny. The spots have a clear demarcation. It is special that the puppies are born with white fur. The spots appear only after 10 - 14 days. If spots are already visible at birth, the animals are excluded from breeding. Also blue-eyed dogs must not be moved further. They have a tendency to deafness.

The problem of Numbness occurs in about 4 % of newborn Dalmatians. For this reason, a so-called audiometric examination is always performed on the part of the breeder. Other possible diseases of the Dalmatian are Urinary Gravel and Allergies.

Dalmatians are very adaptable and sensitive. They need a lot of affection and love to cuddle. You should therefore pay attention to a loving education. Dalmatians need a lot of exercise. If they do not get this, you can develop behavioral problems. He needs at least two hours of exercise every day.

In addition, you should keep him busy with games, fetch and other activities.

Dalmatians are also well suited as Watchdogs. He is persistent and very attentive. In addition, he is easy to inspire and very eager to learn. Partly he tends to stubbornness. He should not be educated too strictly. In addition, Dalmatians have a certain hunting instinct. However, the dog should not be used as a hunting dog.

The Dalmatian is a absolute family dog. He is very adaptable and needs lively company. He bonds closely with family members and is very fond of children. He reliably announces visitors. However, he is not aggressive or belligerent.

When feeding the Dalmatian, you should take into account the special metabolism of the dog. The purine breakdown in the body of the Dalmatian is subject to a special feature. The body excretes uric acid instead of allantoin. This can lead to the formation of stones due to a genetic defect. The uric acid levels can rise sharply. For this reason, you should feed a diet as low in purine as possible.

Also the Protein content should as far as possible low be. Particular caution is advised with ready-made food. This often contains many chemical preservatives and glutamates. The protein content in the feed should not exceed 20 %. Also you should pay attention to a low Phosphate content pay attention. Phosphate can lead to kidney damage. It also makes sense to supplement your meals with a spoonful of cold-pressed oil.

Fruit can also be part of the diet. Apples, pineapples or bananas are particularly suitable for this purpose. Curd cheese with honey is also a good alternative to ready-made food.

Salad and vegetables are also an optimal supplement to provide the dog with the necessary nutrients and to integrate fiber. You should also feed 100 - 150 g of meat per meal. Here you take best cooked chicken, lamb or turkey. Beef rumen is also very suitable.

In puppy age, the Dalmatian still needs larger amounts of food distributed throughout the day, because he is still growing. In the adult age you should reduce the quantities. An adult Dalmatian then usually needs only two meals per day.

In addition, you should make sure that there is always a bowl with fresh water is ready. So the dog can help himself when needed.

The Dalmatian has a short, shiny coat. This you should about brush well twice a week. It is best to use a soft brush for this. Alternatively, a glove with rubber nubs is also suitable. This also stimulates the blood circulation. By brushing, you remove dead hairs and dirt.

In addition, you also need to check the eyes and ears regularly. The eyes are best cleaned in the morning with a damp cloth. For ear care, you also take a cloth and wipe through the auricle always to the outside.

The teeth of the dog also require regular cleaning. For this purpose, you can either use a dog toothbrush with appropriate dog toothpaste. But also chewing bones are suitable to clean the teeth and remove tartar.

You should clean the paws to remove foreign objects and inspect them for cracks. To keep the pads nice and supple, you should grease them from time to time. The claws also need to be trimmed if necessary. This is especially true if the dog walks little on solid ground. Too long claws can be painful and lead to postural defects.

Every now and then it is recommended to bathe the Dalmatian with a mild dog shampoo. This is especially true if the dog has rolled in feces or other things. Otherwise, your sense of smell decides when the dog needs a bath. However, this should not happen too often, otherwise the acid mantle of the skin suffers.

Accessories for a dog is extensive. Among them, the first thing should be a collar and a leash are located. Also a Flea collar can be useful to protect the animal from pesky fleas.

Further, the dog needs its own Feeding station. To do this, set up a food bowl and a drinking bowl. Both should be as non-slip as possible.

So that the Dalmatian has a retreat and a place to sleep, he needs his own basket. Put a soft blanket in it so that he can build his "nest".

To keep him busy, you should look at Various toys to put on. Balls or ropes are suitable for this purpose. Also squeaky animals or frisbees bring fun.

For the care of the dog you should get a Brush provide as well as Dog shampoo, a Toothbrush and Dog toothpaste. Also allowed to use a Claw pliers, a Tweezers and a Flea comb not be missing. The tweezers are especially important so that you can react directly in case of tick infestation.

Also get Dog treats. With this you spoil your dog and reward him when he was good or did something particularly well. This helps with the education. 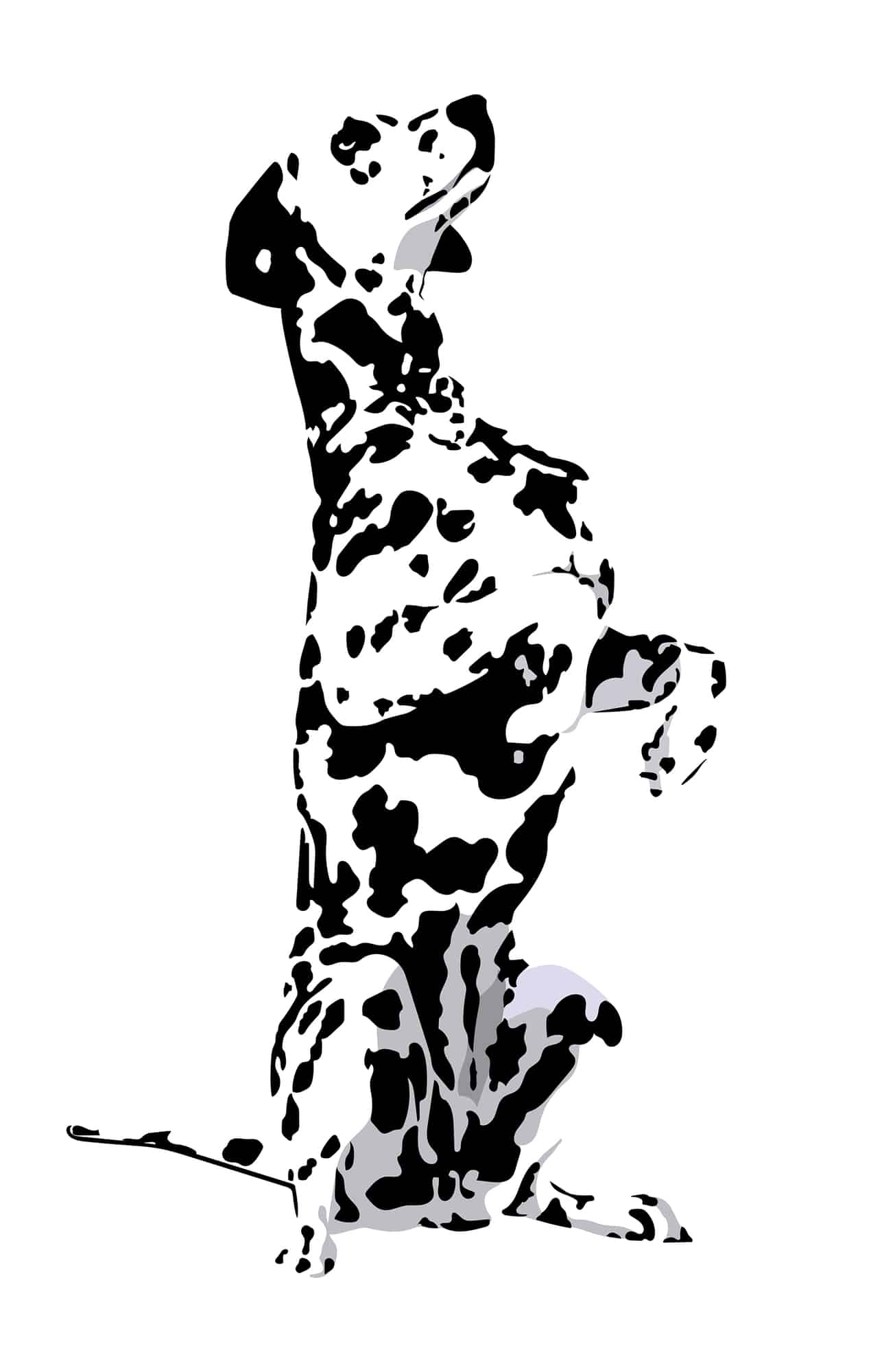 The origin of its name, according to conjecture, probably goes back to the Dalmatia coastal region in Croatia back. However, he has also been sighted with the pharaohs. His journey then went from India to Egypt and Greece and then on to England and France.

The tomb slab of the pharaoh Antef from the 11th dynasty already showed a picture of a spotted dog, which looks extremely similar to the Dalmatian. However, this goes back to the time around 2,000 BC. In many other regions there are always hints to the existence of the Dalmatian. So also in Kosovo, the island Losinj, or Italy.

Here the zoologist Ulisse Aldrovandi describes the breed "Canis Sagax Vulco Brachus". He mentions the origin of Dalmatia. Again and again in the course of history the Dalmatian is called Bracke.

In 1792 the so-called "CoachDog" is described, which is actually a Dalmatian. So also further towards the end of the 19th century in Vienna. Here, too, there is talk of a Bengal Bracke or a Dalmatian hound.

In the Victorian era, he was especially known as a Carriage dog known. In the 19th century he accompanied the Fire truck as a living siren. He thus became the mascot of New York's fire department. Besides, he protected people and animals from predators and wild animals.

As ancestors are particularly the Greyhound, the Great Dane, the Bengal Bracke and the English Pointer traded. Especially in France and England breeding took place - especially for the nobility.

Standards regarding the breed were first established by Vero Shaw in 1882. In 1890 the official declaration of the breed standard took place. At that time, the Dalmatian became more and more known also in Germany.

With the release of the Disney movie "101 Dalmatians" the breed finally had its big breakthrough. The demand for Dalmatians increased immeasurably. 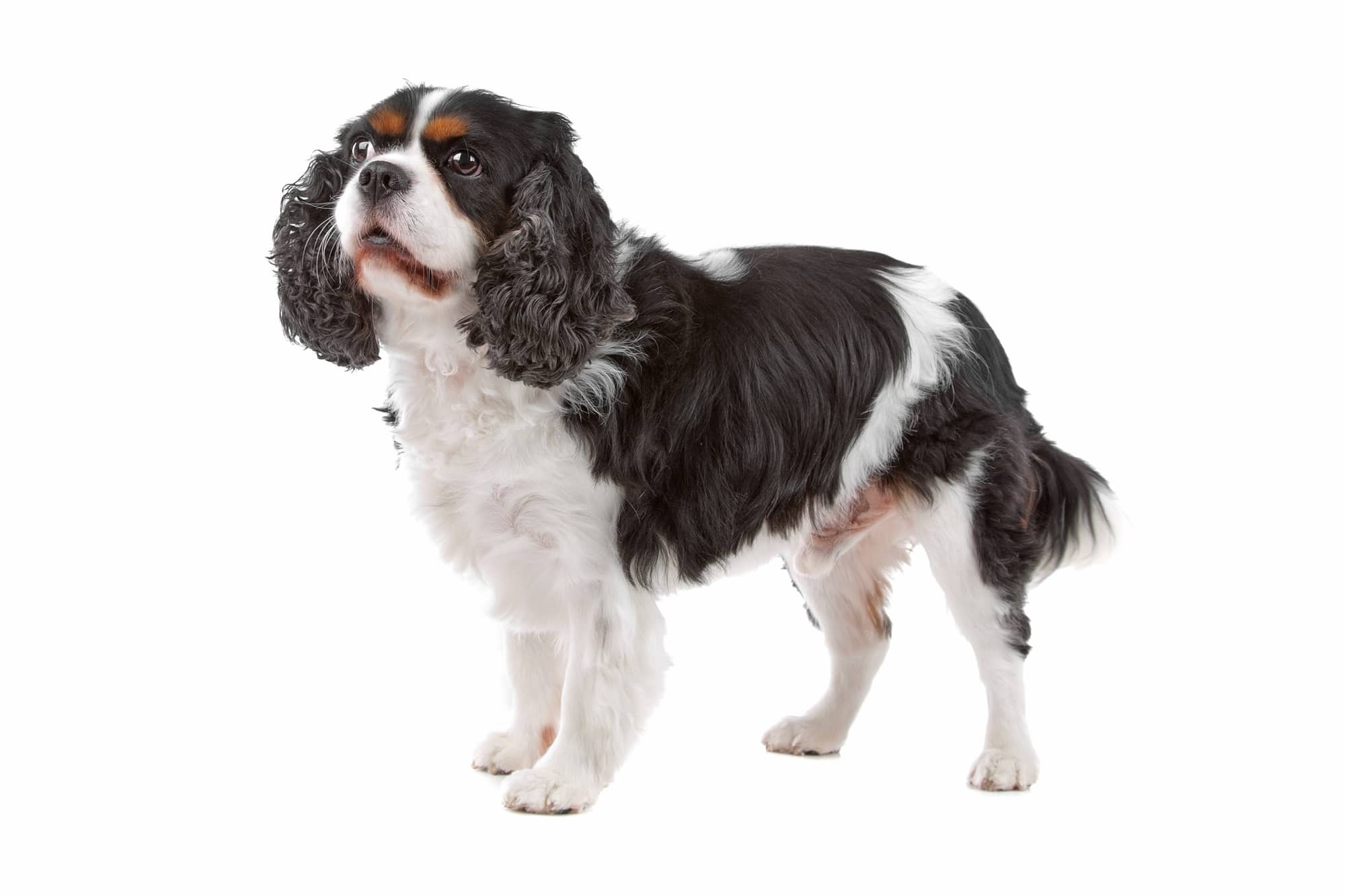 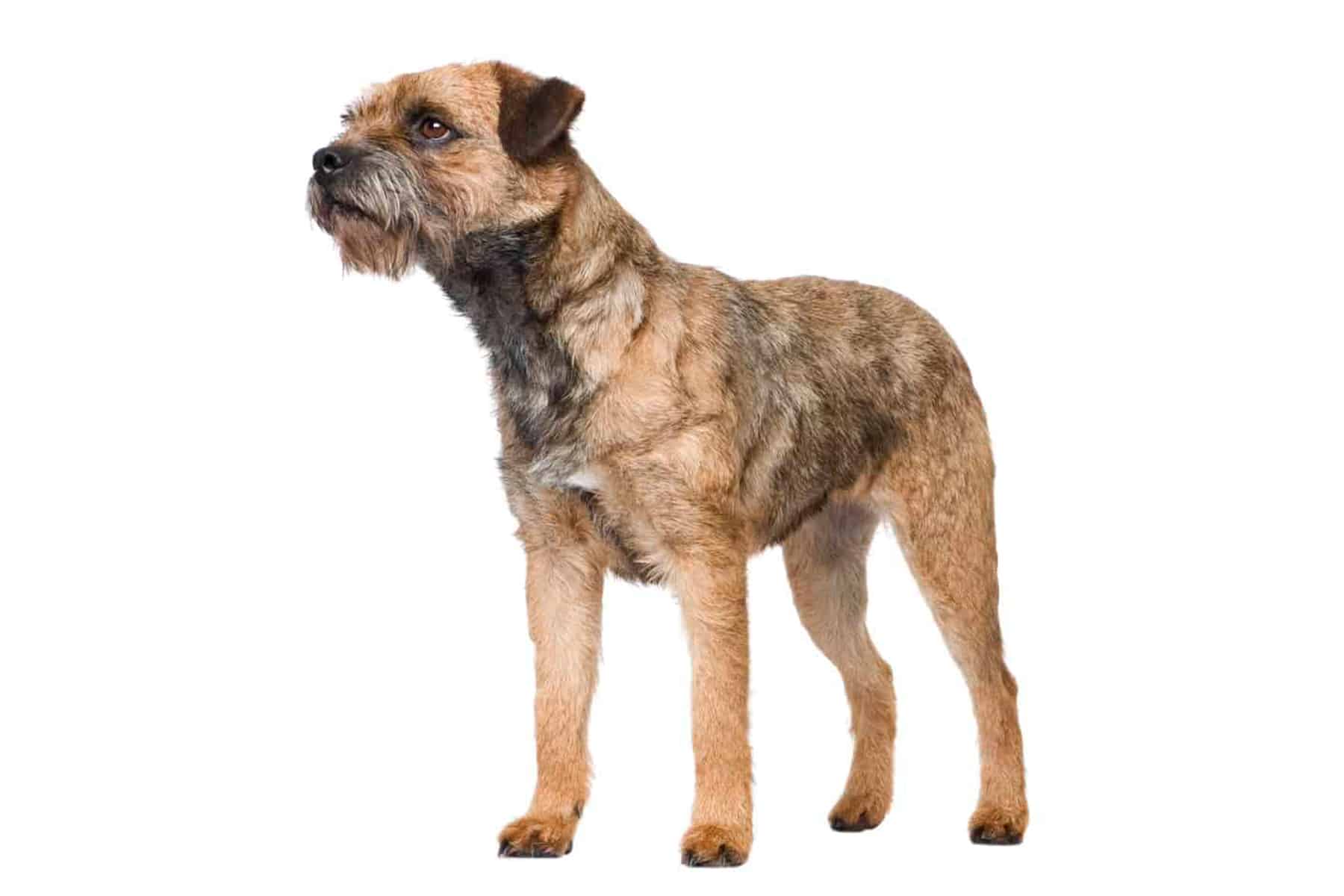 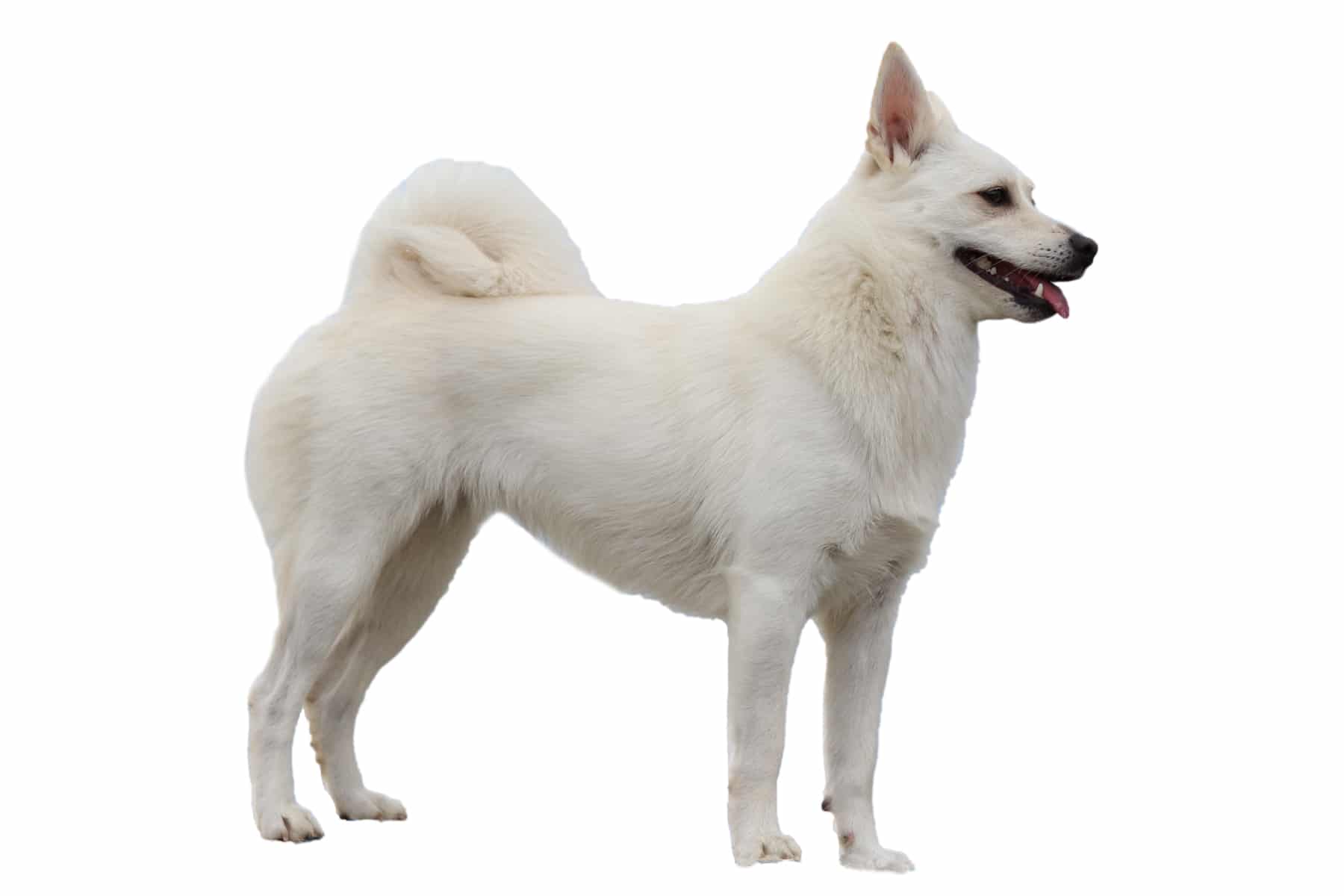