The Irish Water Spaniel is one of the large dog breeds. An adult Irish Water Spaniel reaches an average height of up to 59 cm. Females are usually slightly smaller than their male counterparts. They have an average height of up to 56 cm. The weight of the quadrupeds behaves according to their size. Male dogs ideally reach a weight of about 27 to 34 kg. Adult females weigh on average about 22 to 29 kg.

The Irish Water Spaniel is a visually extremely striking dog. Probably its most striking distinguishing feature is its lush, curly coat. This is primarily reminiscent of a poodle. The entire body of the Irish Spaniel is covered with dense, curly fur.

The coat color is according to breed standard a rich dark brown. Also lighter brown tones up to reddish colorations or very dark brown-black tones are possible.

The dense fur of the quadrupeds is not just a matter of beauty, but serves a purpose. It serves to protect the quadrupeds from cold water temperatures. This is of particular importance because dhe Irish Water Spaniel naturally likes to spend a lot of time in the water.

The physique of the dogs is muscular and compact. The large amounts of fur often make the animal appear heavier than they actually are. The posture and gait of the quadrupeds appear proud and elegant. Irish Water Spaniels have large, long floppy ears and expressive eyes. Their muzzle is relatively long and stands out.

The tail the Irish Water Spaniel is another distinct identifying feature of the breed. Unlike the rest of the body, the tail is not covered with curly hair. Instead, it is covered with very short and smooth fur. The tail immediately catches the eye when looking at the dog. It is thick at the base and then becomes thinner as it progresses. For this reason it is called often also called rat tail.

The Irish Water Spaniel has a adorable Nature. Towards his owner the dogs are loyal and open minded. You build a close relationship of trust to their owners and their families. To protect your family, the four-legged friends would do anything.

They are considered extremely vigilant and always ready to defend. Towards strangers the Irish Water Spaniel shows itself rather distant and skeptical. The contact with other dogs is usually uncomplicated. However, a prerequisite for this is that the dogs Socialized at an early age become. Irish Water Spaniels do not have any aggressive traits and are therefore very sociable. They are not easily upset or provoked.

The striking dogs also have their own head and a strong will. They are considered confident Dog breed and true bundles of energy. In addition, Irish Water Spaniels are very intelligent Animals. They want and should be challenged so that they do not get bored.

Ideally, the dogs are given a task. This helps to exercise the animal in a manner appropriate to its species. In this way, the four-legged friends are balanced and satisfied. The dogs love the water and are excellent swimmers.

A varied and balanced diet is very important for the health of Irish Water Spaniel. Necessary nutrients, minerals and vitamins should always be fed sufficiently. In this way, deficiency symptoms can be prevented.

If possible, feed with a high grain content should be avoided. This is difficult for the dogs to digest. Meat and the proteins it contains, on the other hand, should be at the top of the four-legged friend's diet. The daily amount of food should be in relation to weight, body size and urge to move.

The Irish Water Spaniel is considered a robust, hardy and vital dog. The breed is currently not overbred, so most animals are healthy. Nevertheless there are some diseases typical for the breedthat you should know as a holder.

Due to their body size, the dogs are susceptible to hip disease and discomfort. However, such complaints can be prevented with sufficient movements that are easy on the joints. In addition, in some breedings occur more often Cancer on. Also Thyroid complaints are unfortunately not uncommon. However, with the choice of a reputable breeder, many health risks can be excluded.

The life expectancy of the quadrupeds is on average 12 years. This is appropriate and usual for such a large breed. However, with good physical fitness and health of the animals can grow older.

The Irish Water Spaniel is in the attitude somewhat more demanding than other breeds. He is not so suitable as a beginner dog. Instead should the future owner should already have experience in dog training. However, it is important that the education takes place already in the puppy age.

Since the quadrupeds are to be regarded as stubborn and temperamental, limits and rule must be shown already in young years. A loving but consistent education and clear hierarchy are necessary. Otherwise, the animals will constantly try to impose their own will.

Good socialization of the dogs is also of considerable importance. The best way to do this is to regularly visit a dog school. There the Spaniels learn how to deal with other dogs.

The Coat care requires special attention and time. Irish Water Spaniel should regularly come into contact with water. Extensive swimming sessions or baths in the bathtub at home are good for the dogs' fur.

At the same time the four-legged friends enjoy any contact with water. In addition, the curly hair of dogs should be approx. be cut or sheared every 2 to 3 months. This can be done, for example, in a dog salon.

The dense coat should also regularly brushed can be. Here, dirt can be effectively removed and the fur can be saved from tangles. It is also important that the coat of the Spaniel regularly checked for ticks will. These are usually not recognizable at first glance.

In addition eyes and ears regularly checked and kept clean.

The Irish Water Spaniel is a great lover of nature. Therefore, the dog does not feel very comfortable in the city. In addition, the dogs should not be kept in a small rented apartment. Already because of their body size, the animals need enough space.

Since the Irish Water Spaniel is a very energetic and playful dog, should be enough dog toys be acquired. Especially Retrieval games love the lively four-legged friends. Balls or other throwing toys are therefore particularly suitable as accessories.

In addition, the four-legged friends should have their own sleeping in fresh holes received in the house. This is important so that the animals can recharge their batteries and come to rest.

In addition, the propensity of animals to water should be taken into account. It therefore makes sense to take regular trips to nearby lakes or rivers. In general, the Irish Water Spaniel can and will be outside in wind and weather. The future owner should be aware of this.

As with other breeds of dogs, the initial equipment of this breed also includes Food and water bowl, leash, collar or harness, transport box, etc. 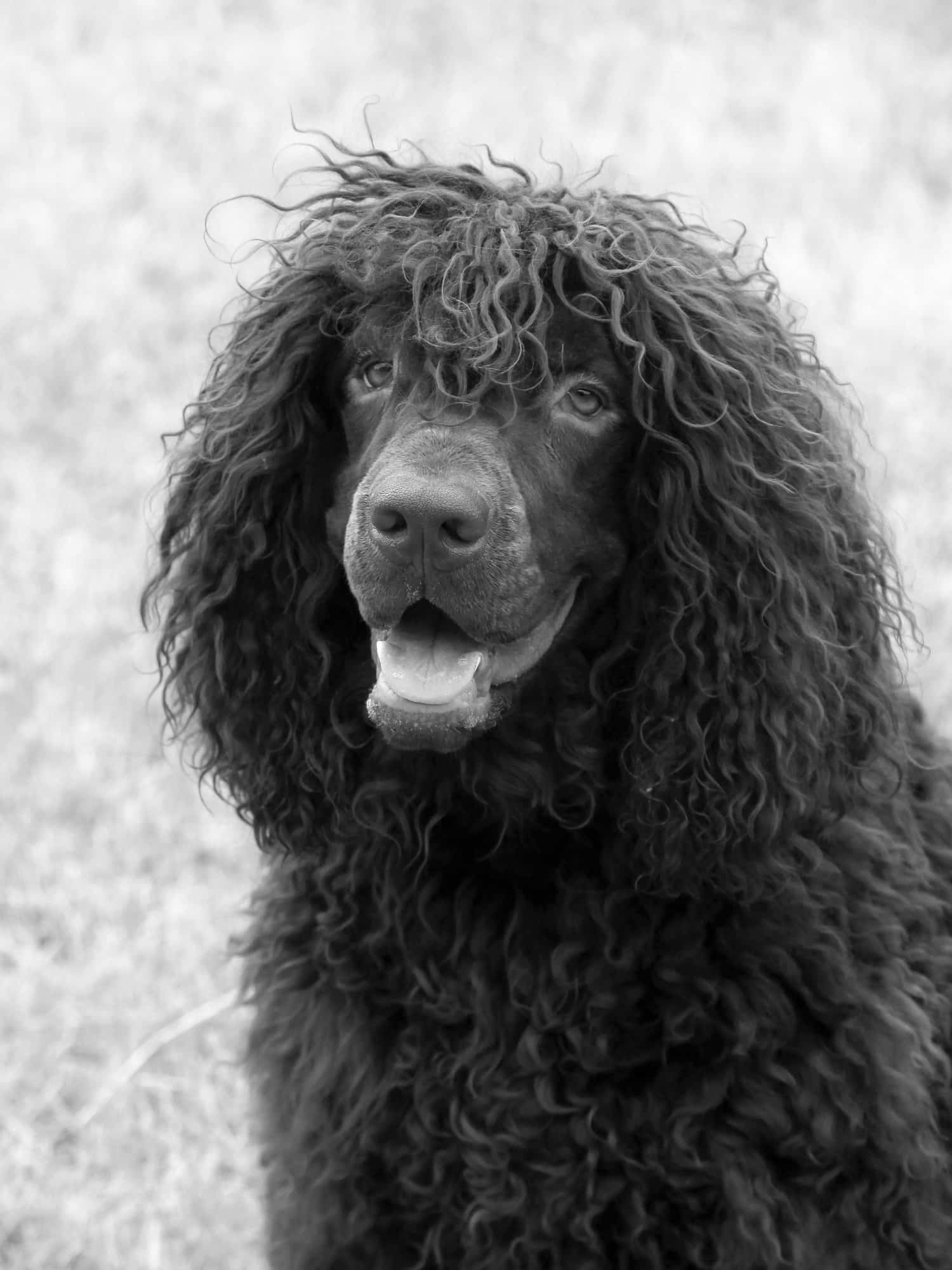 The Irish Water Spaniel is quite an old breed of dog. It originates originally from Ireland. The so-called water dogs were already early for their distinctive Hunting instinct and admired their courage. They are excellent hunters and eager workhorses.

The exact ancestral history of the breed is still unclear. However, it is certain that the dogs are closely related to the poodles and the Portuguese Water Dog. Especially among hunters the breed gained more and more popularity.

The selective breeding of Irish Water Spaniels began in the 1830s. In the year 1862 the breed was then officially recognized by the British Kennel Club recognized.

1954 the breed was created by the FCI finally recognized.

In Germany, the Irish Water Spaniel is largely unknown until today. Some lovers of the breed actively support the breeding. Nevertheless, the interesting spaniel is not very widespread in our country. 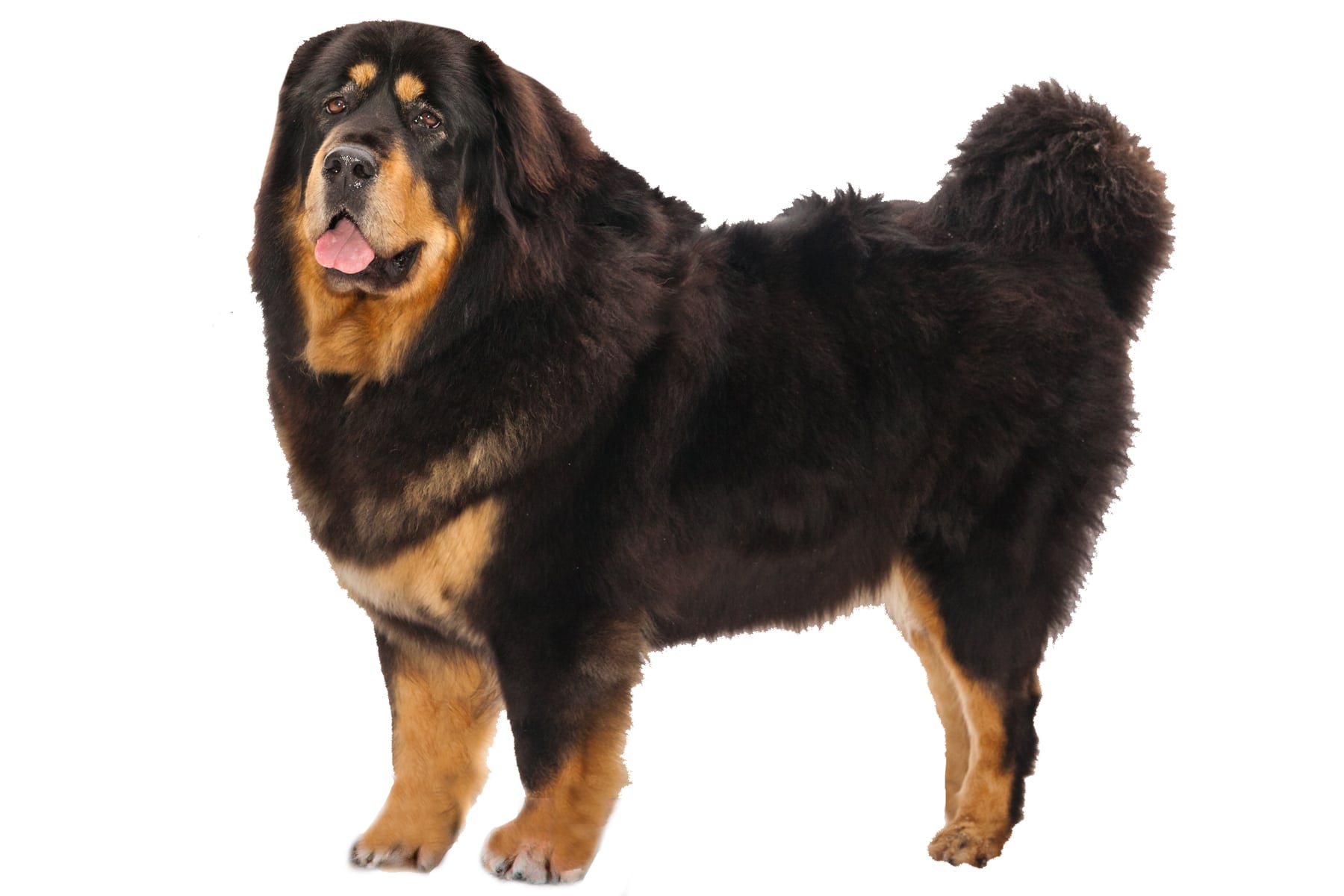 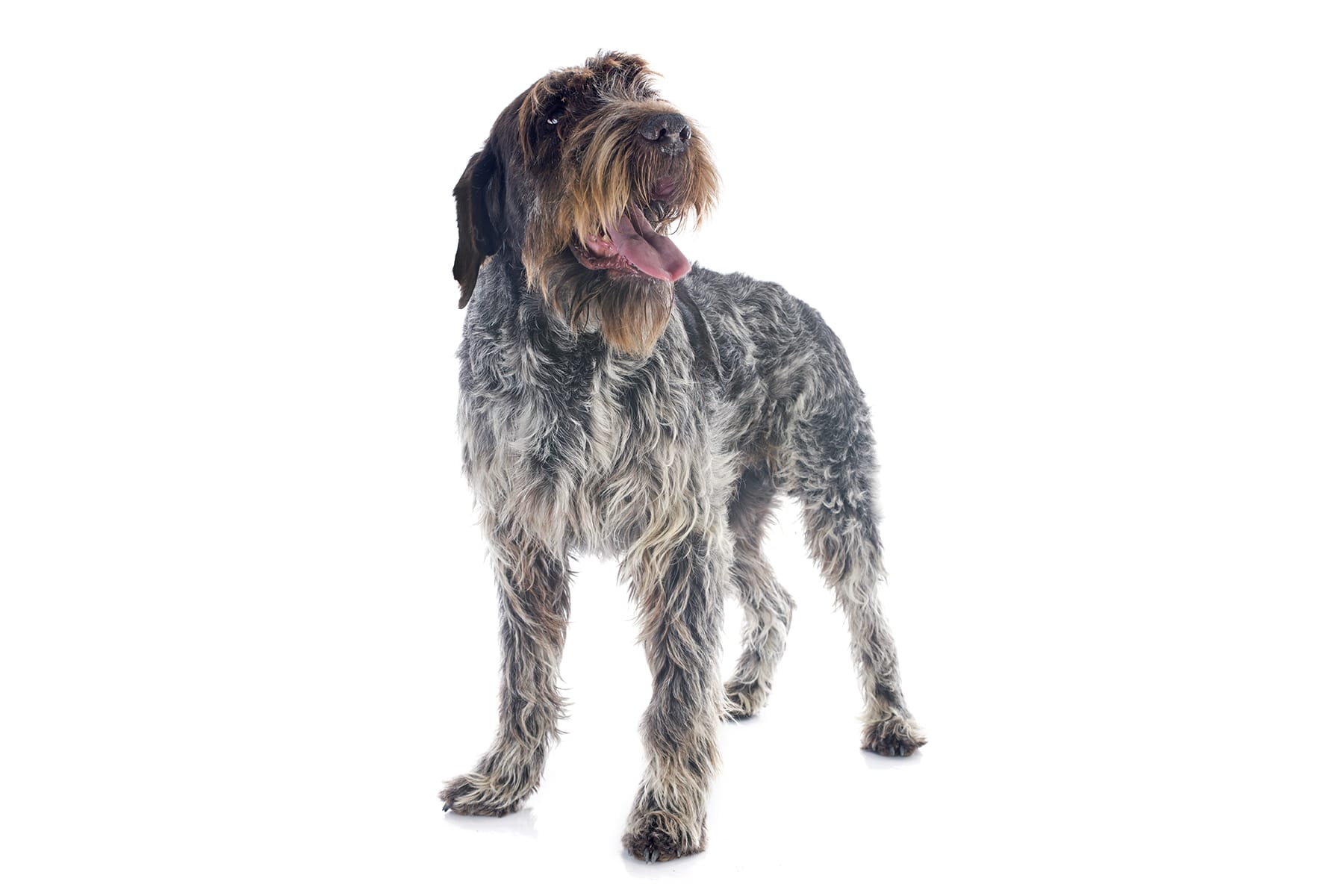 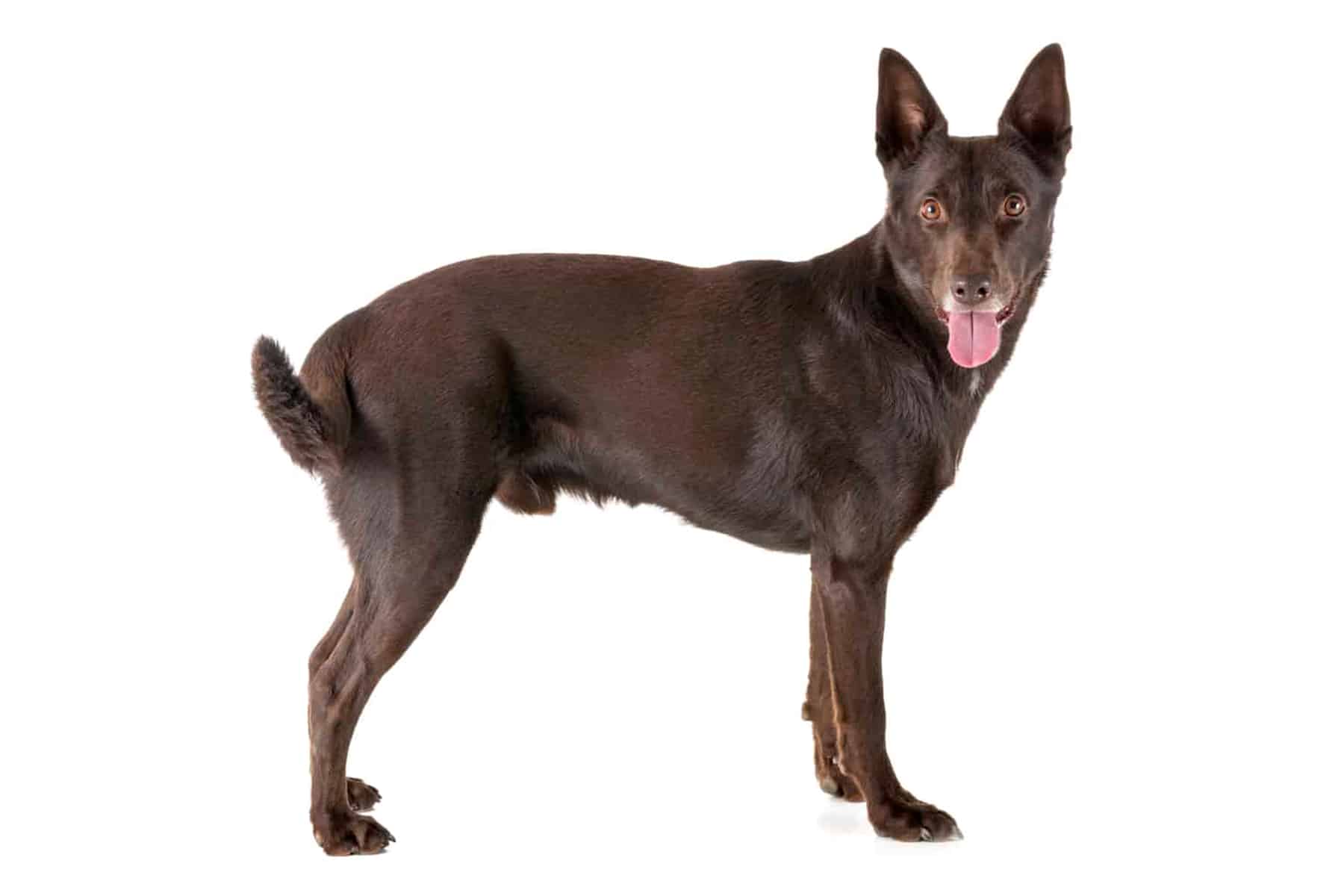