Saarlooswolfhound is considered to be a very sensitive, perceptive but also shy creature. He is a cross between the German Shepherd Dog breed and a wolf. The crossed breed of the Saarlooshund embodies nature and appearance in a more or less pronounced form. His stature and way of moving make him a most graceful appearance.

The Saarlooswolfhound (original: Saarlooswolfhond) is, as the name suggests, of Dutch origin. It is a dog breed recognized by the Fédération Cynologique Internationale, also known as FCI for short (FCI Group 1, Section 1, Standard No. 311).

The name comes from the breeder, Dutchman Leendert Saarloos. He decided to breed a new breed of dog because of the opinion that the modern dog was too trained and degenerated. He crossed the German Shepherd with the Siberian wolf. The result is shown in the Saarlooswolfhund.

Today's Saarlooswolfhound turns out to be a very strongly built dog. Its appearance strongly resembles that of a wolf. Despite its long limbs, it has a very harmonious build. His height at the withers is between 65 and 75 cm in the male, and between 60 and 70cm in the female. Deviations of the heights are permissible upward and downward. The weight is slender 35 and 45 kilograms.

The body proves to be extremely efficient and powerful due to its length, which is much longer than its height. The straight back and normally shaped ribs also contribute to its endurance. The tail of this dog breed is relatively broad at the base, hairy and can reach the hock. The tail has the shape of a saber or is carried until straight.

The gait proves to be very similar to that of a wolf. Thus, the Saarloos Wolfhound moves light-footed and graceful. A characteristic feature of this dog breed is also the gait at a light trot. The Saarloos Wolfhound is a trotter with long endurance and usually covers a great distance at its own pace.

He has a so-called two-layer coat. The ancestor of the dog, the wolf, wears its coat of a layer of undercoat and a top coat above it. This type of coat is also called stick coat. Thereby the fur of the Saarlooswolf can be of different length.

The crossbreeding of the dog breed results in a strong difference between the summer coat, a very soft fine coat, and the winter coat, a felt, very thick coat.

The face of the Saarloos Wolfhound shows predominantly characteristics of the wolf. The eyes are predominantly yellow, almond shaped and obliquely placed. The ears stand and are usually smaller than in the German Shepherd Dog.

As with all breeds with a mixture with a wolf, very different traits can appear. These traits range from classic traits, like dogs, to very "wolf-like" traits.

Therefore, very early socialization with humans is recommended for the Saarlooswolfhound. This will calm his skittish nature as early as possible. Much love, affection and empathy will contribute their remaining to the character formation. The literature also generally advises against keeping this dog breed as a beginner dog.

Despite its imposing appearance, strongly reminiscent of a wolf, it will not harm a person without a reason. They do not possess any attack instinct towards humans. On the other hand, these dogs have a strong hunting instinct. So that this does not happen, it is recommended with so-called substitute actions. For example, the so-called food hunting can help.

The nature of this dog can be described as very lively and energetic. He has a very stubborn and independent character. In most cases, this dog finds it difficult to subordinate itself. However, integration into a group proves not to be difficult.

His drive to belong to a pack is present. To his master or mistress he shows himself as a faithful and affectionate companion full of verve and ambition. His upbringing, however, will not succeed with dog sense and an increased empathy, in any case not with harshness and severity. In short, the Saarlooswolfhund is a freedom-loving, very nature-loving and original animal.

Towards strangers he is shy and suspicious. This trait is clearly attributable to his typical breed characteristics. It must not be associated with any fearfulness. Fear shows the Saarlooswolfhound usually, namely only little.

Interesting facts about the name: The Saarloswolfhund is not written with -s. Also in the genitive, for example, the "s" remains way.

The life expectancy is 10 to 12 years

In terms of nutrition, the Saarlooswolfhund does not make any special demands. First and foremost, it is important that he eats the food and that all nutrients are contained in the food. It is also important that the food is adapted to the age and weight.

Since the Saarlooswolfhund is a very powerful animal with a high energy consumption, food with a high meat content is recommended.

Saarloos dogs do not require special care. The change of coat in spring and autumn is more pronounced than in other dogs because of the undercoat. Dogs like him with undercoat, should not be shorn. However, the Saarlooshund is certainly happy about a detailed brushing of his coat.

The coat is short to medium length and therefore not too easily soiled. If necessary, however, this dog breed may also be showered. The coat can also be cleaned very well without detergent. If necessary, it may also be a pH neutral dog shampoo or soap.

Extremely important, on the other hand, is the temperament of this dog breed. This also proves to be extremely high-maintenance. The knowledge of how to deal with dogs is carried out here at the highest level.

For the Saarlooswolfhound to have a good temperament, it needs a lot of exercise and freedom of movement. The Saarlooswolfhund is most likely wrong for a life in the city with only little exercise. His ideal home is therefore a large, fenced property or larger estate. An occupation or a task will do this dog just as well.

This breed of dog does not require special accessories. Its coat adapts to the seasons and thus it is naturally protected from wind, moisture and the sun's rays.

The cutting of the nails or the cleaning of the ears, as well as that of the teeth, do not differ from that of another dog breed. 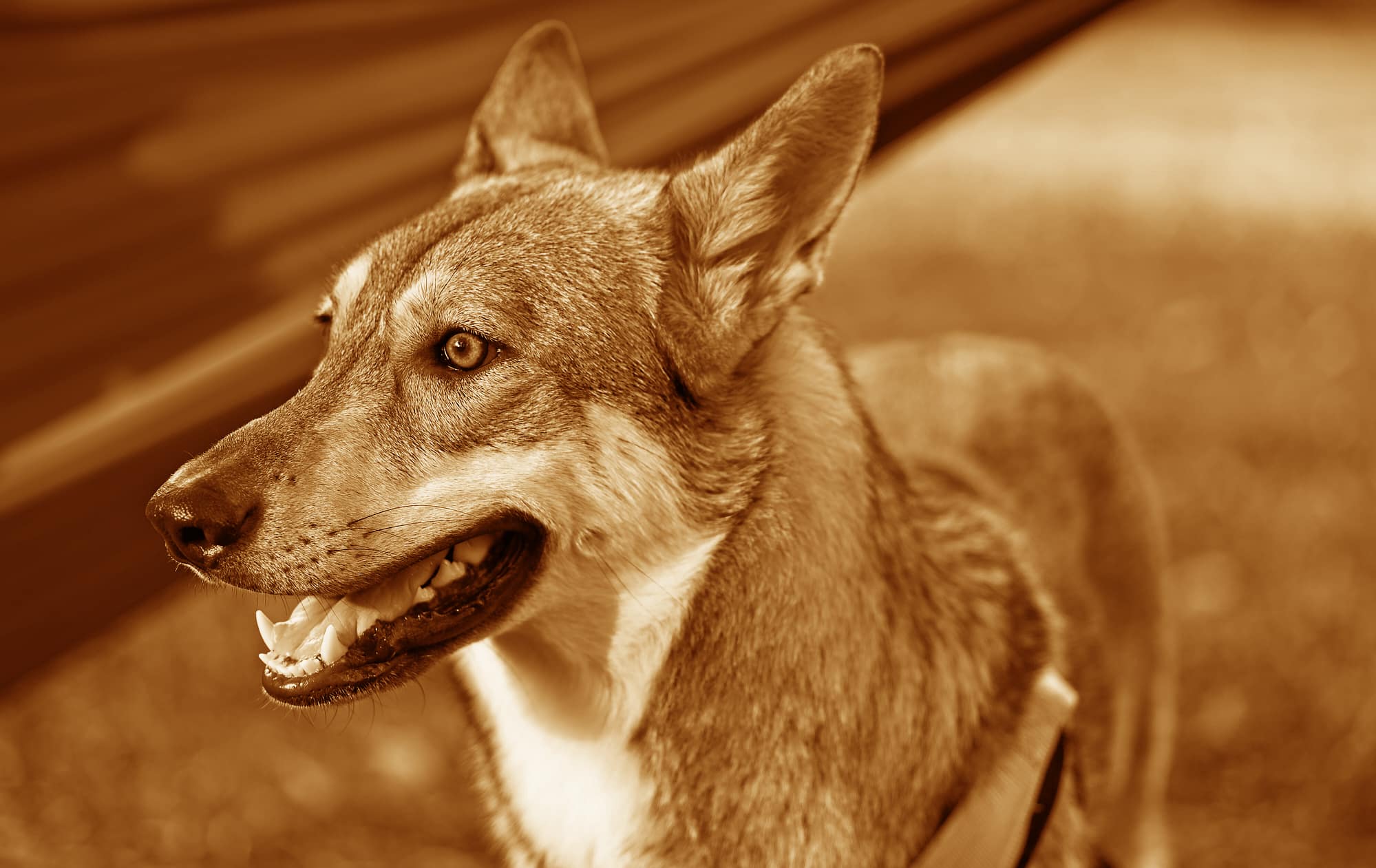 In the 1920s, the Saarlooswolfhund was bred from a German shepherd and a Siberian wolf. The intermixing proved to be only a little satisfactory project.

The shy nature with a strongly pronounced flight behavior as well as his fear of attachment to humans made the initial rearing and keeping of this animal difficult.

As a service or working dog, he was in the early stages thus difficult to use. In 1981, this very nature-loving dog was recognized internationally as a dog breed. 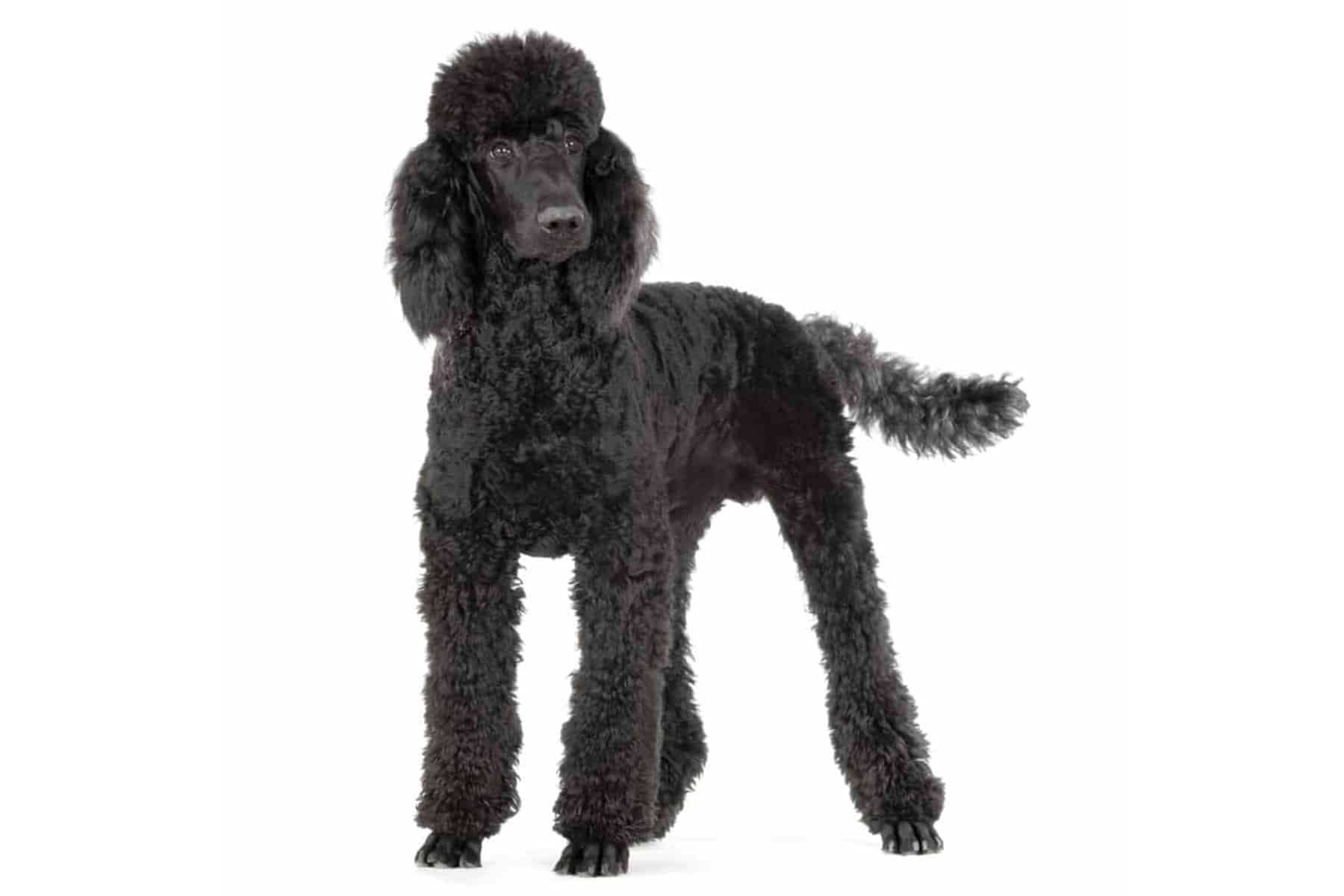 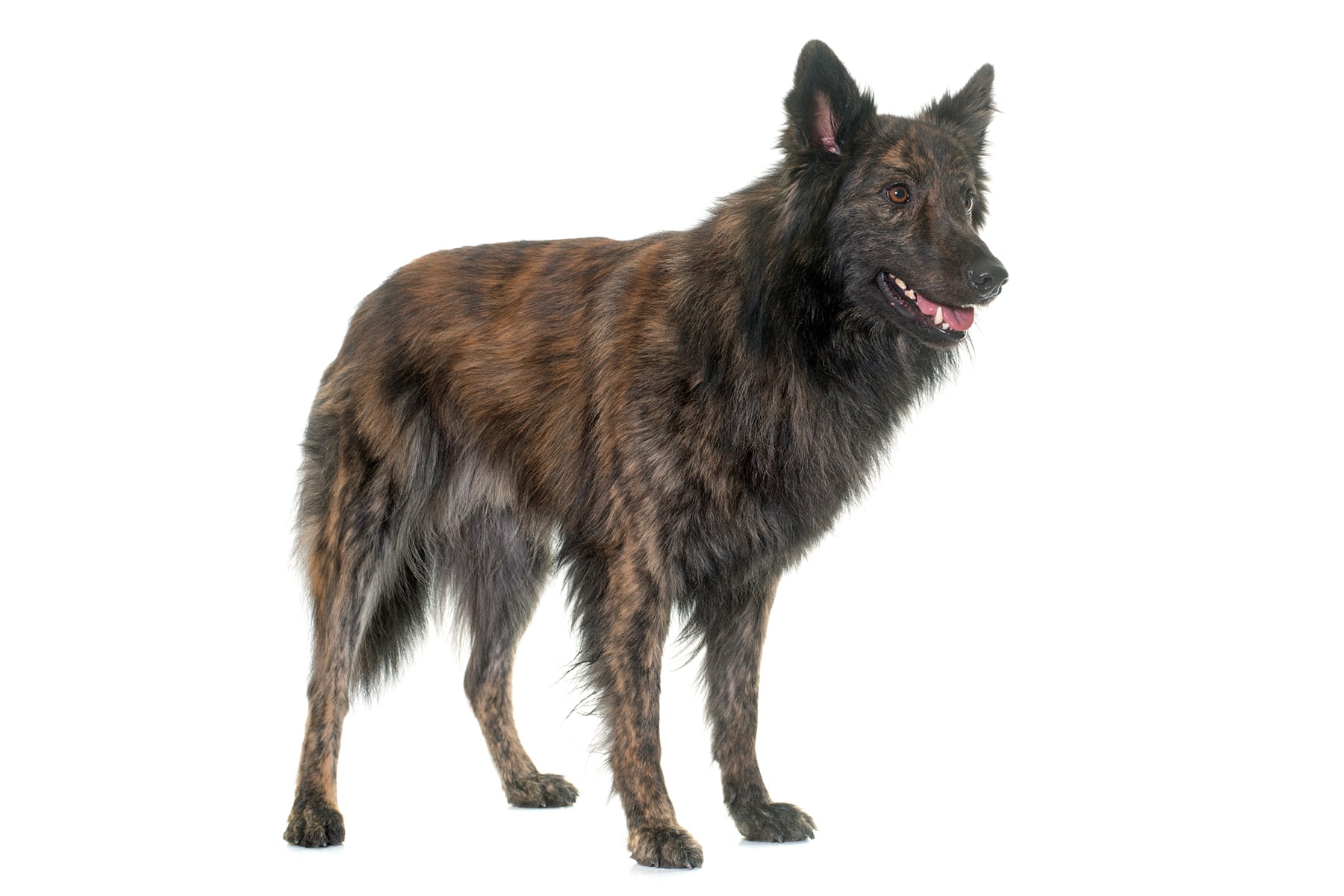 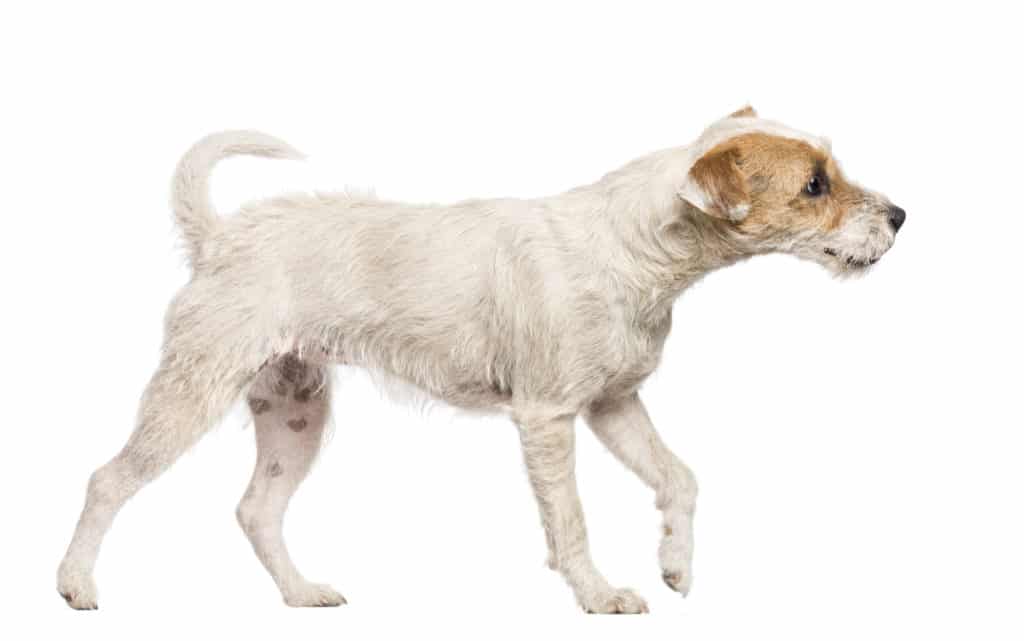 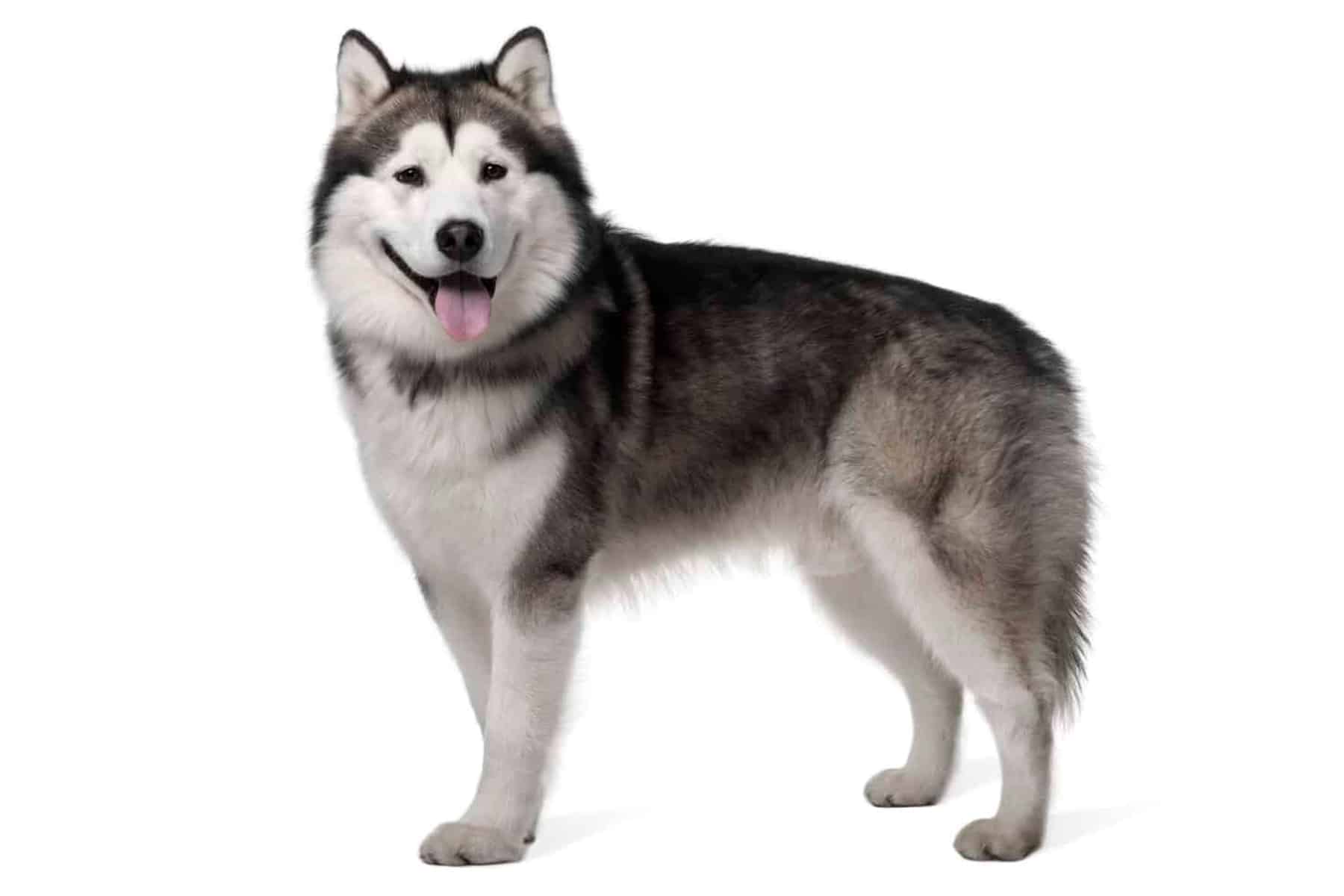