The Scottish Terrier is a dog that is well suited for nature-loving people as well as for families with children. He is loyal, alert and also reserved. However, this is a very stubborn dog breed. It should be well trained right from the beginning. This way the Scottish Terrier can also become a lovely family dog. It is best if you already have dog experience. Only then you can buy a Scottish Terrier.

The Scottish Terrier is a proud dog. To impress him is not quite easy. Nevertheless, it is a very intelligent dog breed, a little stubborn and chooses his friends carefully. It always observes its surroundings and pays close attention. The thoughtfulness and caution towards other people or dogs, makes him look slightly arrogant.

It grows up to 30 cm, reaches a weight of about 10 kilograms and has rough hair and pointed erect ears. His head is quite long compared to his body. Its coat color is mostly black. Since smaller dogs have a higher life expectancy than larger dogs, the Scottish Terrier comes to an average life expectancy of 12 to 14 years.

Since he has a hunting instinct, it is advisable not to leash him in an environment rich in game. The hunting instinct can be well lived out by playing some hunting games with him. In addition, you can inspire the Scottish Terrier for agility sports and obedience. Agility is about overcoming obstacles and courses. Obedience deals with obedience and also with bonding with people and other animals.

Terriers are basically very playful. The Scottish Terrier plays however straight with strange dogs rather less. Here he keeps the distance. He is a loving family dog. But he has his own head and is rather a loner. So you have to spend a lot of energy and effort to inspire and animate him.

The Scottish Terrier is a courageous dog. However, an aggressive character never appears. He gets along well with children. However, both sides should know how to deal with each other. It is even better if he grows up with children from the beginning.

Scottish Terriers tend to be overweight. Special attention should be paid to a balanced diet. Food with high-quality protein is particularly suitable here. It is better to avoid food containing cereals.

If you get a Scottish Terrier, it is best to give him the usual food for the first few days. After that you can change the diet bit by bit. Just mix a little bit of the new food with his old food every day and after a few days use the new food completely.

Likewise, you should avoid giving him special treats. You can simply give him small morsels of regular dry food as treats. After some time, you can give him a small portion of beef now and then, and also chews or dental sticks.

Sufficient drinking water should of course always be available and ready.

The food should always be cut sufficiently small. Scottish Terriers can otherwise quickly choke. Since the breed is equally prone to diabetes, the diet is best limited to vegetables, rice and meat.

Nothing should be fed out of order. Scottish Terriers do not tolerate fried food and certainly not cakes, cookies or the like. Bones should not be fed as a matter of principle. There is a danger of swallowing. Terriers like to gulp their food.

The coat of the Scottish Terrier requires a lot of care. It has a double coat, which should be brushed regularly. This is to avoid matting. Regular brushing also contributes to good circulation.

The Scottish Terrier should be professionally trimmed approximately every 3 months. Here also old and dead hair is removed, so that this contributes to the further well-being of the Scottish Terrier and it does not come to itching or skin irritation.

It's best to find out in advance where you can have it trimmed best and cheaply. Because here an amount of about 150 euros per year can come together.

Also, the hair around the eyes and ears should be trimmed regularly so that they do not affect the dog. However, you can do this yourself as well as shearing the fur every 6 to 8 weeks with a machine.

Bathing dogs in general should not be done too often. And if it is necessary, then you should definitely use a dog shampoo. "Human shampoo" significantly damages the skin and coat of the dog.

Also, you should always keep the dog's ear clean. Wiping with a cloth moistened with water is quite sufficient here. And please clean only the pinna and never the auditory canal! Here you can quickly injure the dog.

Especially in the winter months, the Scottish Terrier could use a suitable winter coat. This also protects the fur from dirt. On the Internet you can find many different types. To care for the coat properly, a Furminator is recommended. With it also the undercoat of the Scottish Terrier can be combed out without problems. 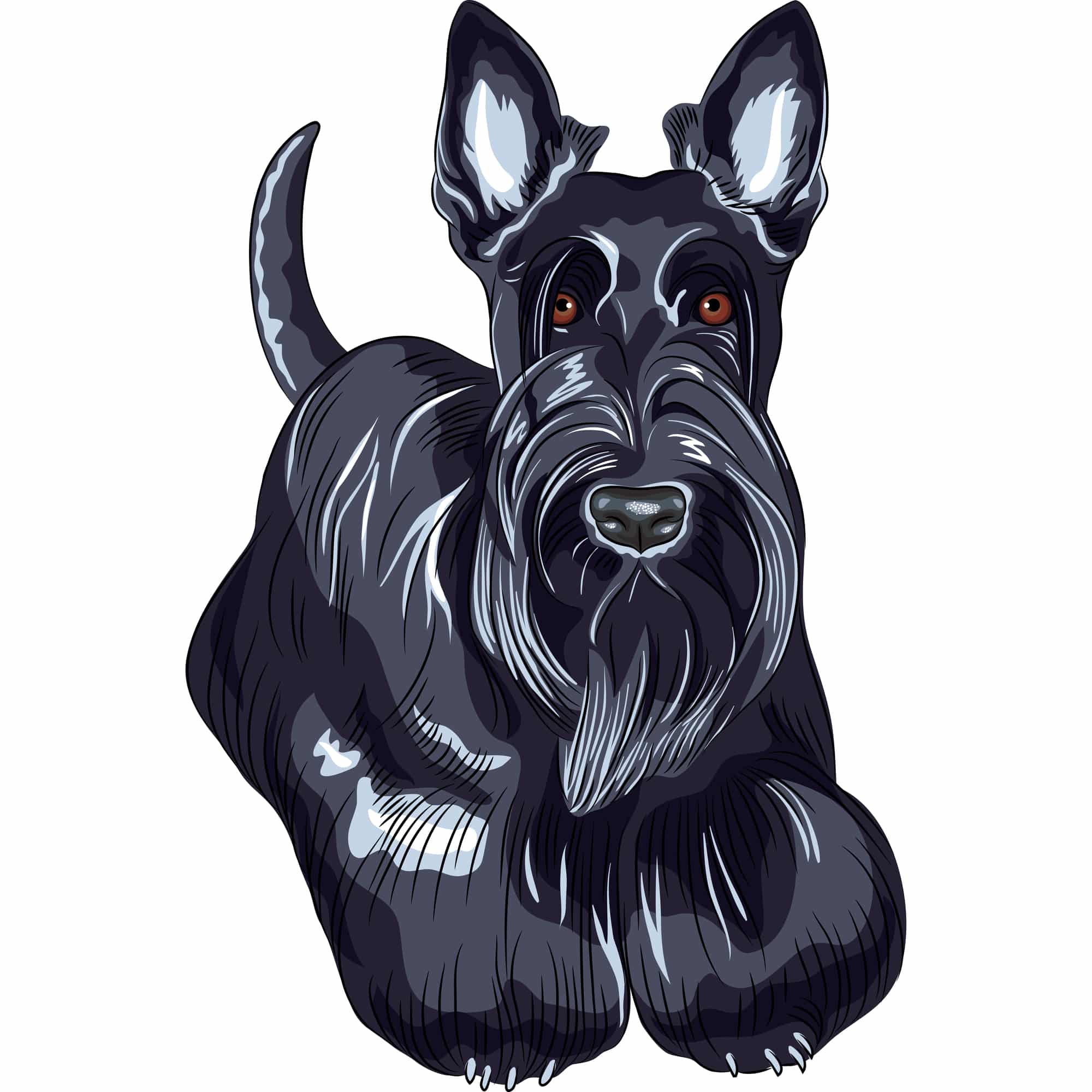 The Scottish Terrier, also Scottie was first bred in Scotland in the 18th century. However, the exact origin is unknown. Initially, he was given the name "Aberdeen Terrier". Later, however, he was registered as "Scottish Terrier".

His ancestors at that time were more long-legged than the terrier we know today. The Scottish Terriers were used at that time to keep the farm free of pests and to hunt hares and foxes.

At the beginning of the year 2000, the Scottish Terrier even became an advertising motif for whisky and chocolate. He thus achieved worldwide fame.

To this day, the Scottish Terrier has become a beloved family dog. Today he is no longer bred for hunting and pest control.

Please inform yourself sufficiently about this breed before the acquisition. So a good development for both sides is guaranteed. Now nothing stands in the way of a wonderful time with your Scottish Terrier. 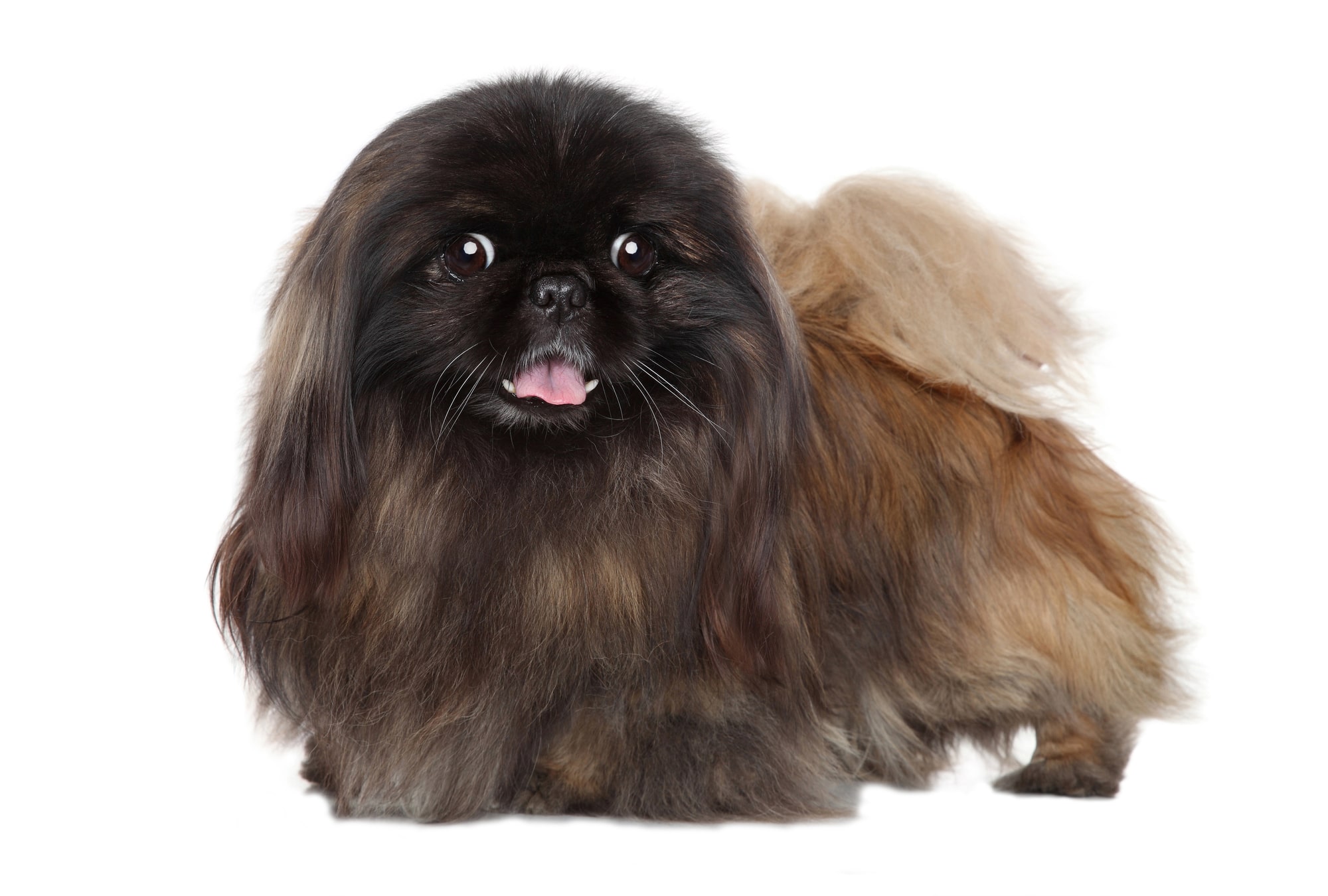 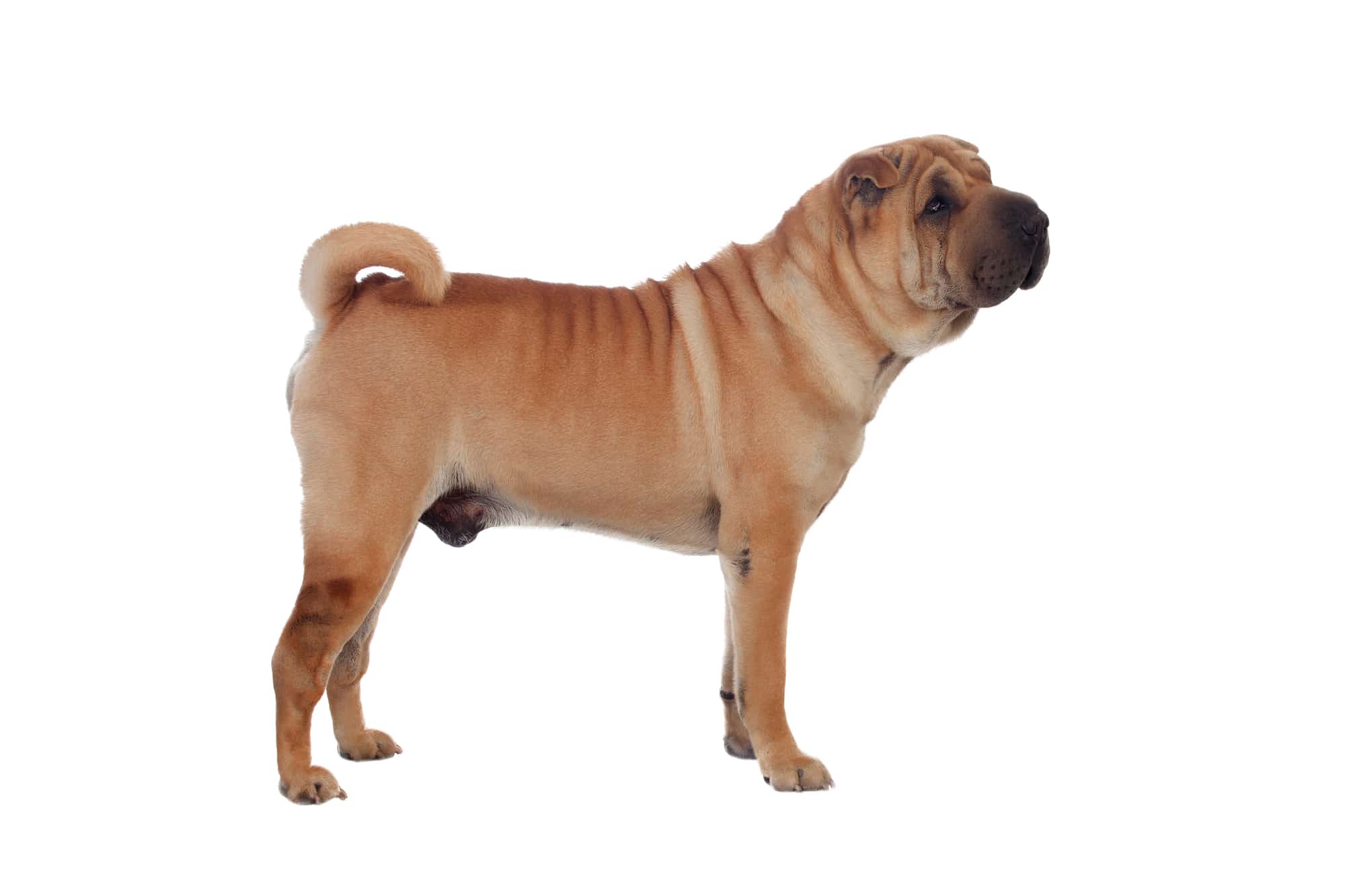 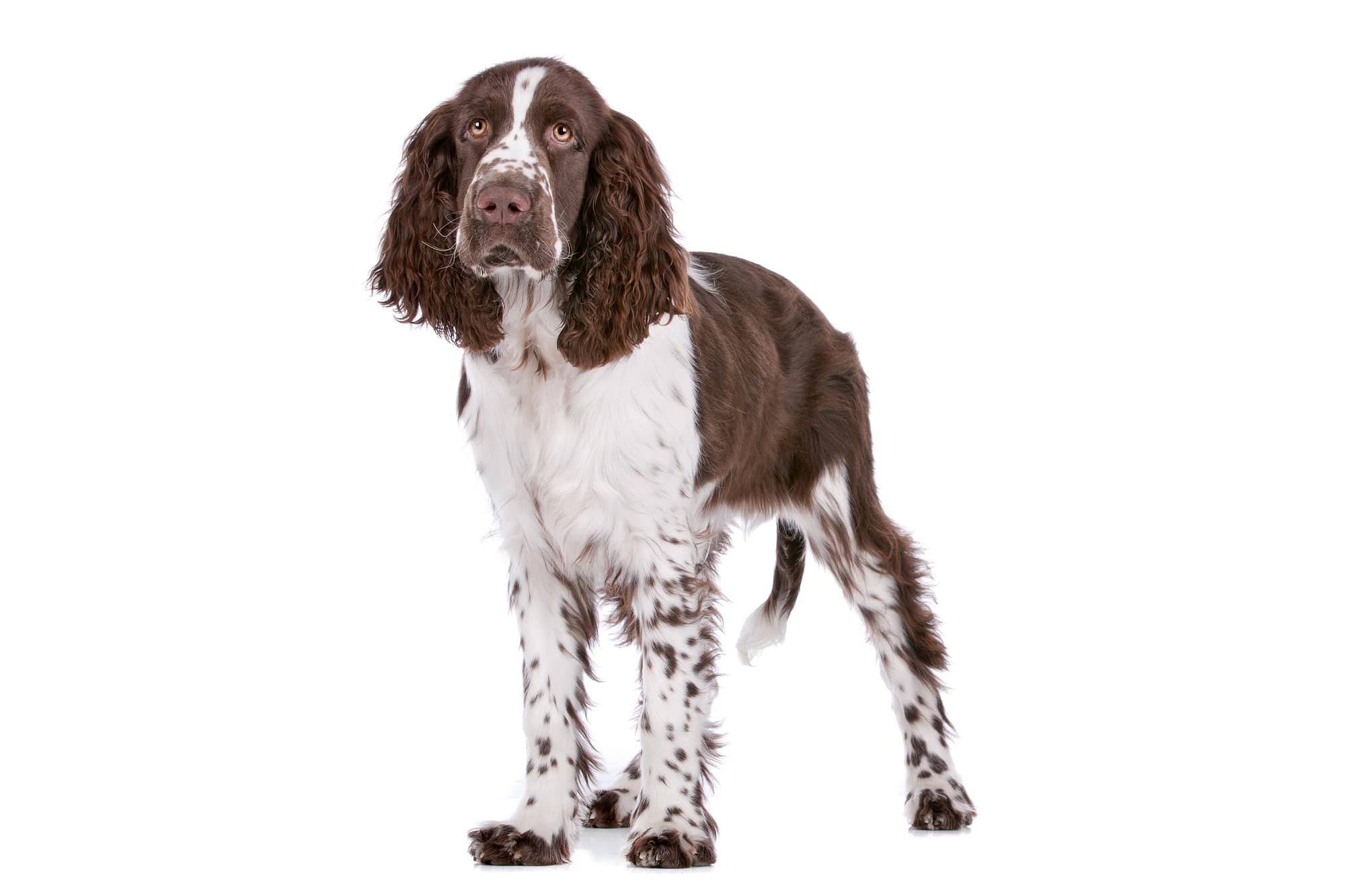 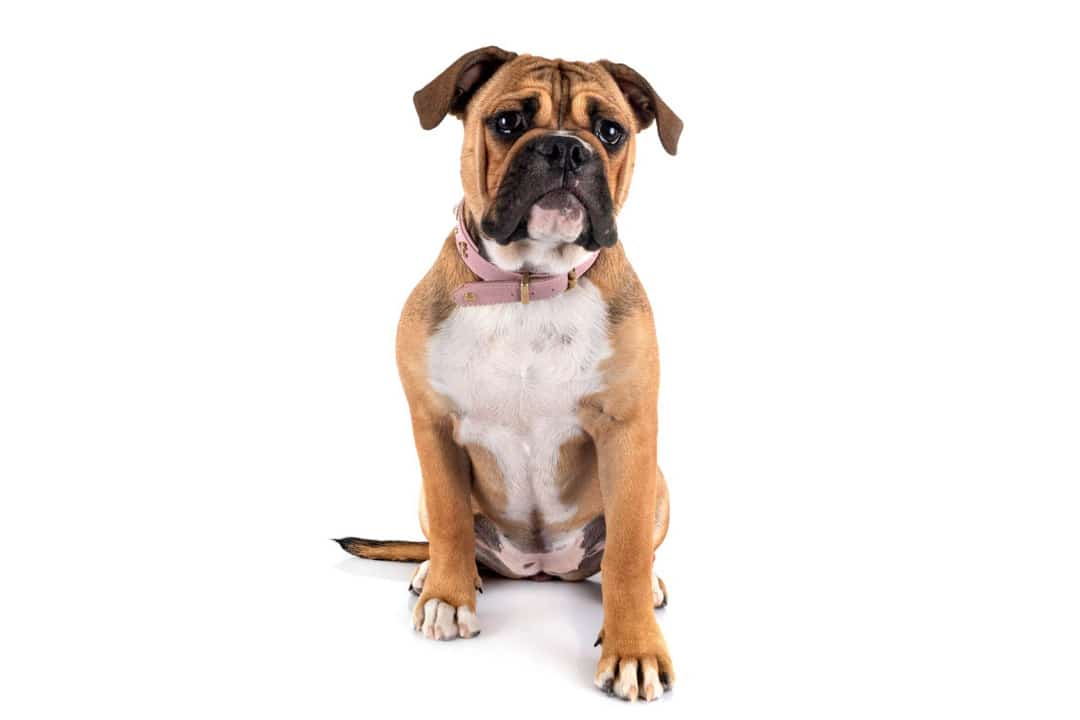