How did the wolf become a dog? (How it all began)

How did the wolf become just a dog? Have you ever asked yourself this question? We show you in this article how it all began, how wolf and dog became friends and what difference there is exactly between dog and wolf. So be curious! 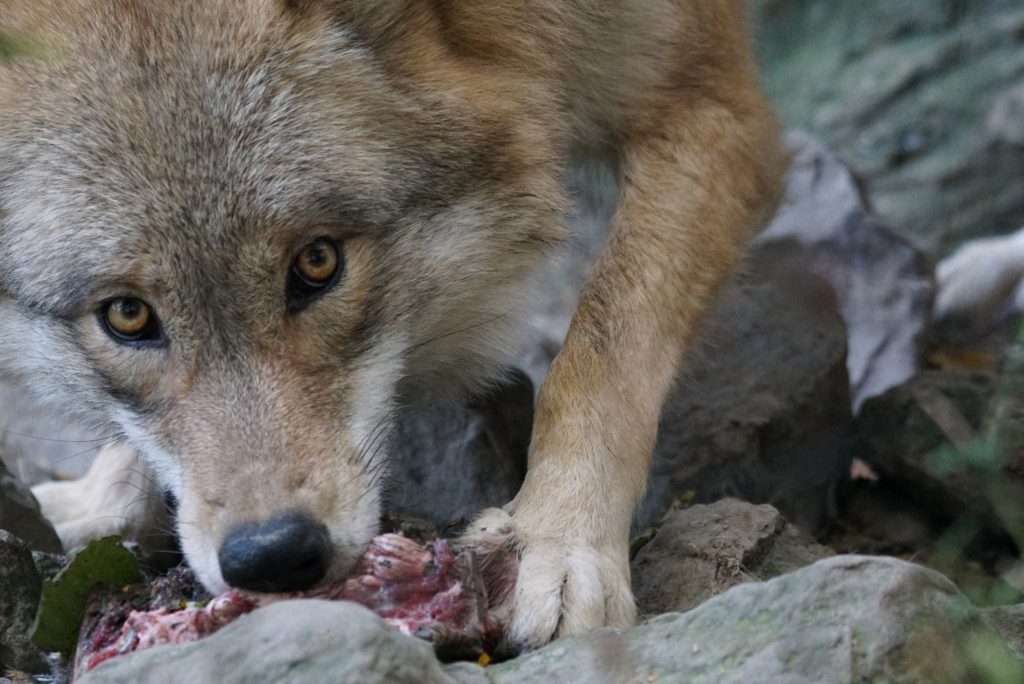 " bad bad wolf appears in numerous myths and fairy tales. Especially in the fairy tales of the Brothers Grimm the wolf is described as the most evil animal in the world. Certainly, such statements also led to the fact that the wolf was almost completely eradicated by man at times.

However, there are also cultures in whose myths the wolf plays the leading role as a Companion, Signpost, Rescuer of man from adversity plays and revered as the highest and most sacred totem animal.

These cultures include, among others, the Early Turks. One of these legends tells of a she-wolf named Asenawho nurses and raises a foundling. The oldest tale about this she-wolf is in the Zhou Dynasty and belongs to the origin myths of the early Turks.

But how did this wild animal, about which opinions are so divided, evolve into man's best friend - the dog?

About it, when and where exactly the transition from the wolf to the dog took place, the scientists are not unanimous.

Some assume that the dog originated in Europe, while others argue that the ancestors of today's dog evolved independently in both Europe and East Asia.

When did the domestication of the dog begin? 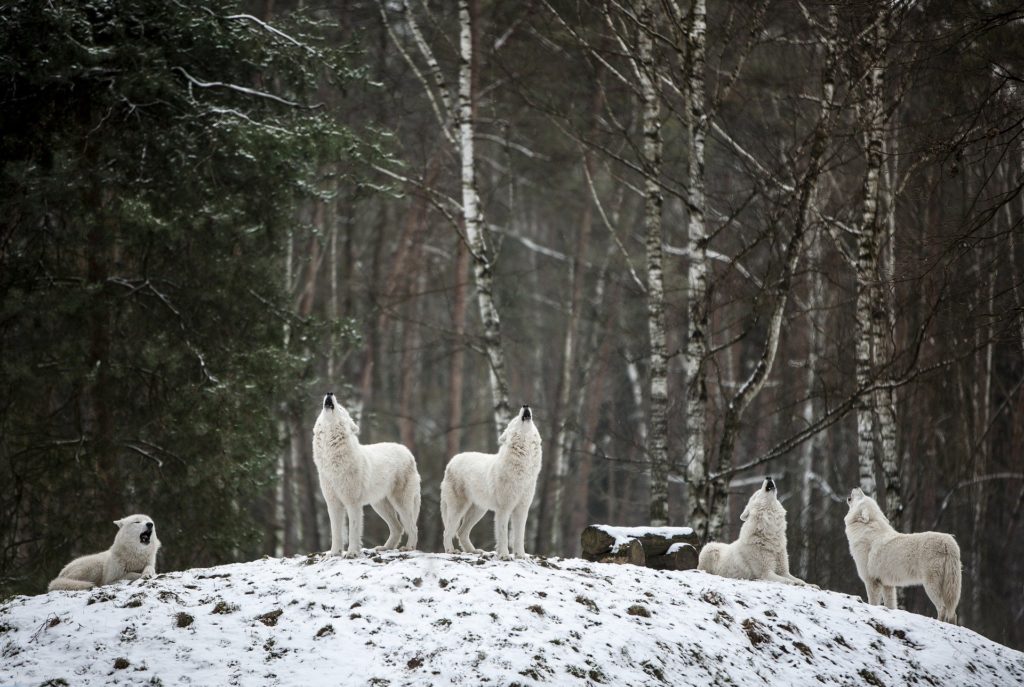 The word Domestication derives from the Latin term domesticus = domestic and refers to the development of a wild animal into a domestic animal.

The dog, as we know and love him today, descends from the wolf. Before humans became sedentary, the progenitor of our favorite four-legged friend was the most widespread predator on the entire planet and was native to all continents.

Already more than 45,000 years ago, wolf and man met for the first time. In the Stone Age, the two stood against each other as Predators opposite. They were hunting the same prey. Scientists assume that the Domestication began around 35,000 - 15,000 years ago.

Why did wolf and man become allies? 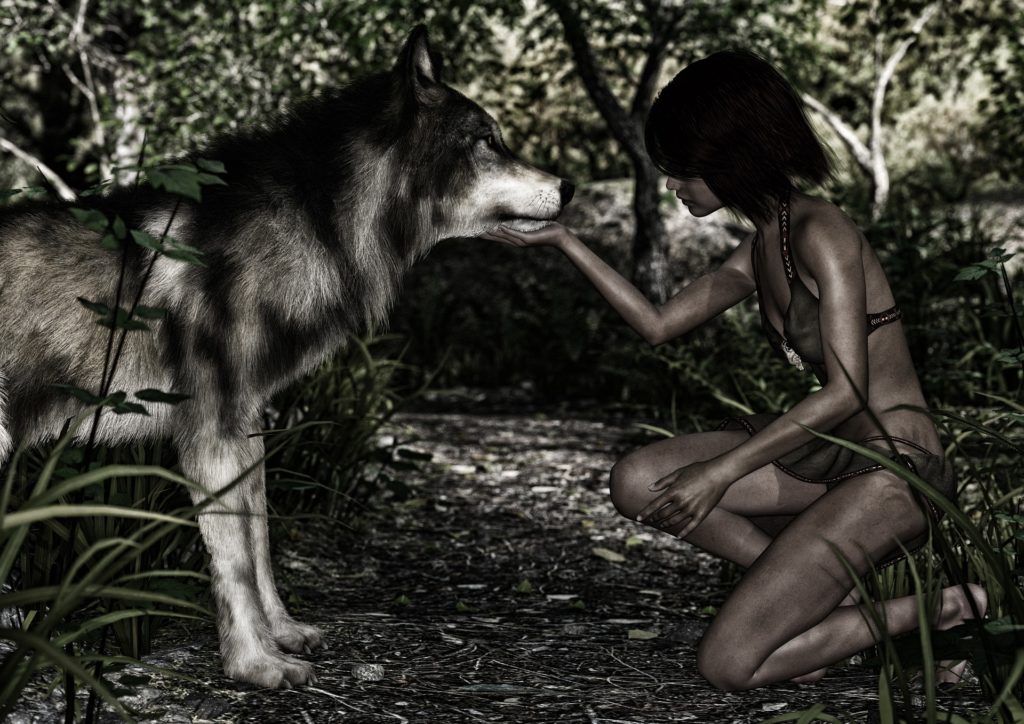 During the last ice age, hunting conditions deteriorated drastically. Popular large prey such as the mammoth became extinct at this time. Since humans and wolves often had to share a hunting ground due to the poor conditions, they now met more and more often.

And exactly at this time the progenitor of the dog dared to take a new step, which set the course in an unusual direction: He went towards man.

The hunger of the predators was great - greater than their fear. For this reason, the wolf probably began to rummage in the waste of the people for food remains and overcame his flight distance for this. And man also quickly recognized the usefulness of wolves.

Thus, the two went a kind of Symbiosis one. For humans, the intelligent animal served as Early warning system from other wildlife such as bears. In addition, the wolf helped track prey during the hunt.

With the Sedentariness of the people changed also the relationship to the wolf further. This was now accustomed to dealing with the sedentary people, but by no means tamed. These circumstances initially created a hybrid creature: the lager wolf.

It can be assumed that the first successful taming probably took place with wolf cubs. This was only possible because the animals have a very pronounced social behavior and an extremely high willingness to cooperate.

The resulting wolfhound could now be used to guard the cattle herds and house and yard.

Infographic: How the wolf feeds

How similar are wolf and dog?

To date, the genetic material of the two animals hardly differs. Both the perfect sense of smell as well as hearing our best friend has inherited from his progenitor. Other characteristics that wolf and dog share with each other are the social cohesion and High level of cooperation.

What is the difference between a wolf and a dog?

Although the exact transition between the wolf and the dog can not be determined, the Skull shapes an important indication. The most striking thing here is that the prehistoric dog has a much broader and also shorter muzzle than its progenitor.

When arable farming came along, the wolfhounds were probably given grain to eat for the first time. This is the reason why dogs, unlike wolves, can digest starch.

Likewise, the howling of the wolf has become the Barking of the dog developed. Probably for the reason to better communicate with people.

Although the distinctive social behavior of the two animals has a significant commonality, this is also where the greatest difference lies.

In a wolf pack there is a clear hierarchy, yet the wolf is willing to cooperate with all his fellows from his pack. Here, the ranking does not play a role, because the food is shared, for example, also with lower-ranking animals.

Although the dog is also accustomed to a clear hierarchy, it has only sought another partner for cooperation: the human. Thus, his behavior towards conspecifics is completely different from that of a wolf.

A higher-ranking dog eats first and alone. Man's best friend is no longer dependent on his conspecifics as partners.

The extraordinary relationship between people and dogs

The first dog book dates back to the 4th century BC. Already in this it is described how the human being should deal with a dog.

The bond that the dog has formed with us humans is absolutely unique in the animal world. He has already been imprinted on us for many millennia. This intimate relationship is caused, among other things, by the similar nature of wolf and man. Because just like us, wolves are small group creatures.

The history of the dog runs through almost all cultures and continents and is very moving. Thus, in ancient Egypt, the dog was revered and deified as the soul guide of the dead.

A find from Bonn, which is about 15,000 years old, shows that a close human-dog relationship already existed at that time. In addition to the human remains, the bones of a dog were also found in a grave.

The dog is so imprinted on humans that it is no longer a "natural" situation for him when he is without them. The same applies to the human being.

Finally, a small but very good video about the history of the dog. 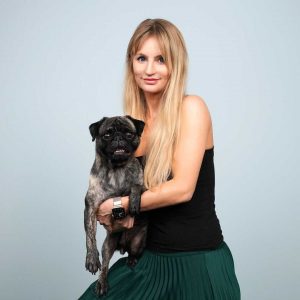 I am the editor-in-chief of hundeo. My mission is to publish the best dog guides on the web. If you have any feedback or suggestions about the article, I'd love to hear from you. 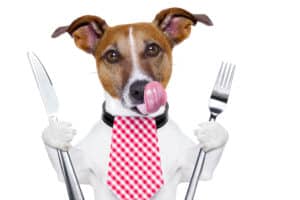 Is the dog a carnivore or omnivore?

Digestion in dogs explained (What you should know)