The noble Saluki has always been revered in the Middle East. The dogs have stood by man's side for thousands of years as faithful friends and valuable hunting companions. The Saluki is therefore also called a gift from Allah. The oriental greyhound impresses with its graceful appearance and a friendly character.

Actually, there is no such thing as a typical Saluki. Because the appearance of the animals can be very different. Reason for this type variety is thereby the enormous size of the Middle East. Here, the breed has been used for hunting for thousands of years.

Originally, each tribe had Salukis, which were indispensable helpers in hunting game. Thus, the dogs hardly mixed with the Salukis of the neighboring tribes.

The animals were precious and tradition did not allow to sell or buy the dogs. Salukis were only given away as a gift of honor. As such a gift they found their way to us in Europe. The British standard was first created for the Salukis in 1923.

According to the breed standard, the appearance of the breed should give an impression of evenness and grace. Also, they should have great endurance and speed. Agility should be combined with strength.

There are the Salukis with short and also with long fur. Both variants are the same in their characteristics. Only the short-haired Saluki lacks the so-called "feathering". The top coat of the pedigree dogs is smooth. The coat colors are white, brown, cream, rose gold, tricolor, silvery pepper salt and black.

The Salukis are gentle, sensitive, calm and friendly. Because of the friendly character they are rather not suitable as a guard dog. Towards strangers they are reserved at first, but never aggressive. Already after a short time Salukis shed this shyness. Then they prove to be an affectionate contemporary. The innate dignity is then voluntarily thrown overboard for petting.

Accordingly, only prey animals need to be afraid of the energy and strength. These the dog pursues during the hunt and shows itself as a relentless opponent. In Iran, his homeland, he was used as a desert hunting dog. Whereas in our country he is also popular as an affectionate and friendly companion animal.

The character of the Saluki is characterized above all by gentleness and dignity. The dogs are reserved at first and do not like to be touched by strangers. They are dignified and very independent.

Especially the training and education of the reserved breed is usually easy. A Saluki is not the type that immediately exploits an inconsistent behavior. The dog is very affectionate in dealing with conspecifics and people. Likewise, the Saluki also wants to be treated gently by its owner. His only training problem is his hunting instinct. Here alternatives should be made palatable to the pedigree dog.

The main component of the diet should be high-quality meat. However, meat is not enough as the sole feed. In order to provide the Saluki with all nutrients and minerals in the best possible way, other ingredients should not be missing. These are eggs, vegetables, cottage cheese, boiled rice and animal fats.

If you decide to prepare your Saluki's food yourself, then you should carefully consider the proportions. Individual factors play a role. Important are the size, weight, age and activity level of your dog.

If in doubt, talk to your breeder or a veterinarian. They can usually create an optimal nutrition plan for your Saluki. Supplementation with vitamins and minerals may also be useful. For this purpose, a commercially available supplementary feed is usually sufficient.

In order to find out whether your dog is healthy and sufficiently nourished, regular weight control is necessary. If you notice major fluctuations upwards or downwards, you should talk to your vet about the causes and possible changes in diet. In addition, a change in the coat structure can be a sign of malnutrition. A decrease in vitality should also make you sit up and take notice.

Not only the content of the food is important. The circumstances are also crucial for the well-being of your Saluki. In contrast to drinking water, food should only be given at regular times. One to two regular meals a day are recommended. Drinking water, on the other hand, must be freely available to the dog at all times.

Also, the food bowl should be put away and cleaned after each meal. In addition, too much effort should be avoided immediately after eating. Give your Saluki up to two hours rest after the meal. After the break you can go with him again on the race track. This will prevent the dangerous gastritis that owners of large greyhounds often fear.

Even if its noble appearance suggests otherwise. The care of the dog breed is quite uncomplicated. Care is very simple due to the smooth, short coat. Brushing twice a week is enough to maintain the shine and texture.

Feathered Salukis should be combed especially their fringes on the tail, ears and paws. In this way, knot formation can be avoided. Also as roommates in the house, these noble dogs prove to be very clean. Because they hardly hair and have no typical dog smell. Therefore, allergy sufferers are often advised to this breed.

So to satisfy the dog's urge to move is the biggest challenge. The Saluki wants to run. The breed is the endurance runner among all dog breeds. The Saluki can run for hours next to a horse. He hardly shows any signs of fatigue.

Therefore, it is the responsibility of the owners to ensure that the dog is exercised. One possibility is dog clubs that organize dog races. Here, these dogs are allowed to live to the fullest. The races take place on appropriate tracks in the closed area. Therefore, you do not have to worry that your Saluki will go poaching all of a sudden.

Salukis mostly come from well-maintained breeders. Their goal is to preserve the character and beauty, as well as the health of the millennia-old breed. Therefore, hardly any breed-typical diseases are known in Salukis. Despite this, there are isolated cases of dental defects, epilepsy and sudden cardiac death.

Now and then, psychosomatic diseases cause problems for the sensitive four-legged friend. This is usually the result of enormous stress. If you notice changes in your dog, you should go to the vet to find the cause.

Salukis need a large and well fenced garden. Also, their own comfortable, shelter is necessary. A protected doghouse is gladly accepted. Due to the slender build, lying on hard ground can cause sores. Therefore, soft dog beds should be available to the dog.

A Saluki also needs to be walked regularly. In general, the Saluki is a sociable dog and is happy to meet other dogs. Dog parks are excellent for this purpose. Dog meetings are also held regularly.

Young Salukis need training to learn basic commands. Socialization of the puppies is also very important so that a well-balanced dog matures. Frustration and boredom, as well as lack of human attention should be avoided. These will cause your dog to become anxious and distrustful. To keep busy with the dog, dog toys are very suitable. 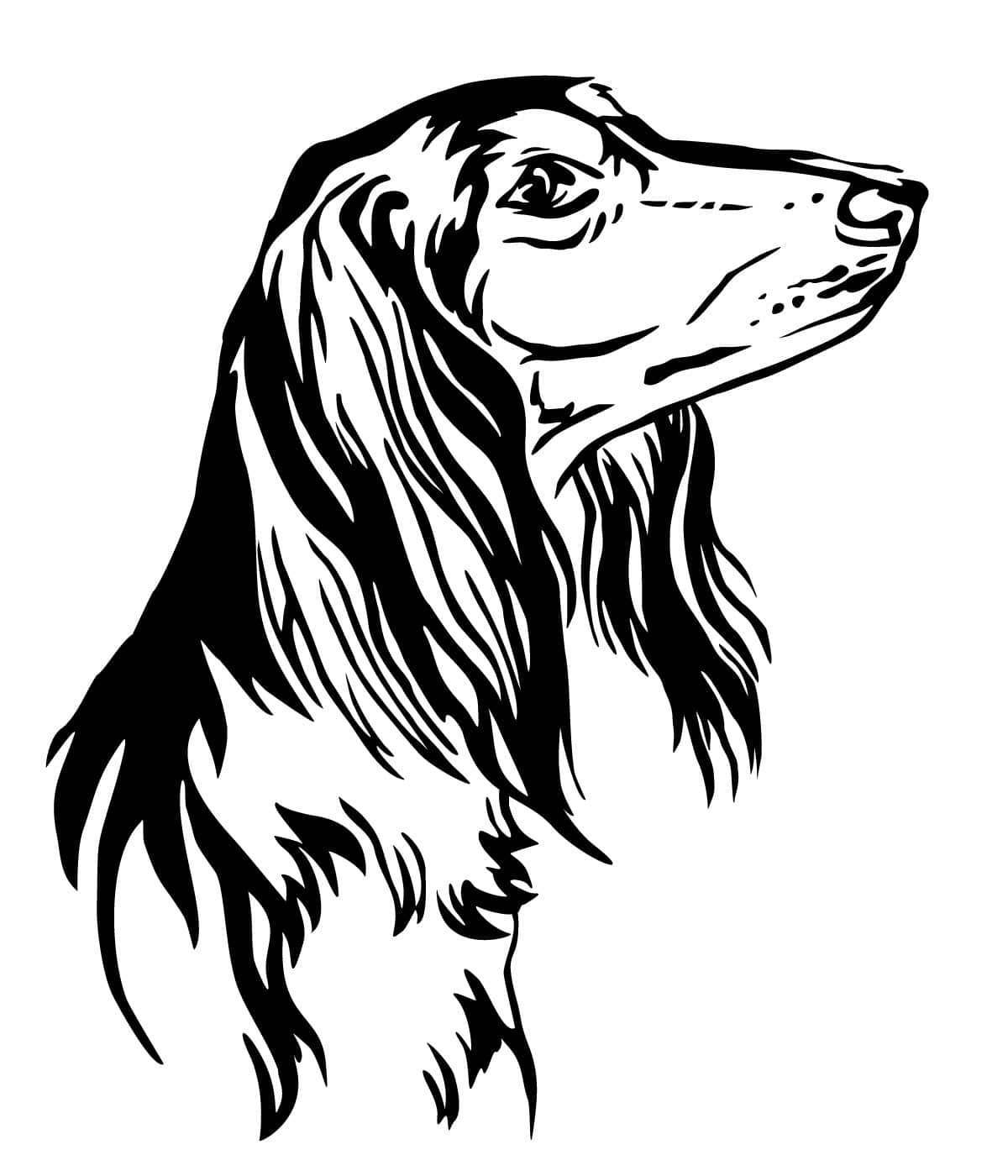 The Saluki has been known in the Middle East for thousands of years. At that time, the range of the breed extended from the Caspian Sea to the Sahara. It included an area of the countries of Saudi Arabia, Egypt, Iran, Iraq and Turkey. Even on tombs, pottery, and cave drawings in the Nile region the dogs are found.

Illustrations were partly recorded up to 3600 BC. Also here dogs with the today's breed type are to be recognized. Egyptian dogs, like the Tesem, are mentioned as ancestors of the Salukis.

People in the Middle East appreciated the graceful and fast dogs especially as hunting companions. Salukis accompanied the nomads in the desert. When hunting prey, they were valuable helpers due to their speed and hunting instinct. Far before the breeding of Arabian horses began, the Arabian Bedouins are said to have bred Salukis.

Salukis have always been considered a gift from Allah. Therefore, Bedouins let the dogs sleep in their tents and cared for them lovingly. Salukis belonged to the family. Selling these precious dogs was rarely an option for the owners. Rather, the sale was even prohibited.

Therefore, these noble dogs found their way to Europe only sporadically. In England, the Salukis first appeared in 1840 as "Persian Greyhounds". But it was not until 55 years later that the first breeding began on European soil. The first breeding was achieved by the Baroness "Florence Amherst of Hackney".

The British woman got to know the elegant dogs on a trip through the Nile region. At that time, she took a male and a female with her back home. These came from the pure breeding of Prince "Abdullah from Transjordan".

At the beginning of the 1920s, the Baroness received support from the English officer "General Frederick Lance". He, together with his wife Gladys, strongly advocated the recognition of this Arab breed. In 1922, the first official litter of Salukis was registered in England. 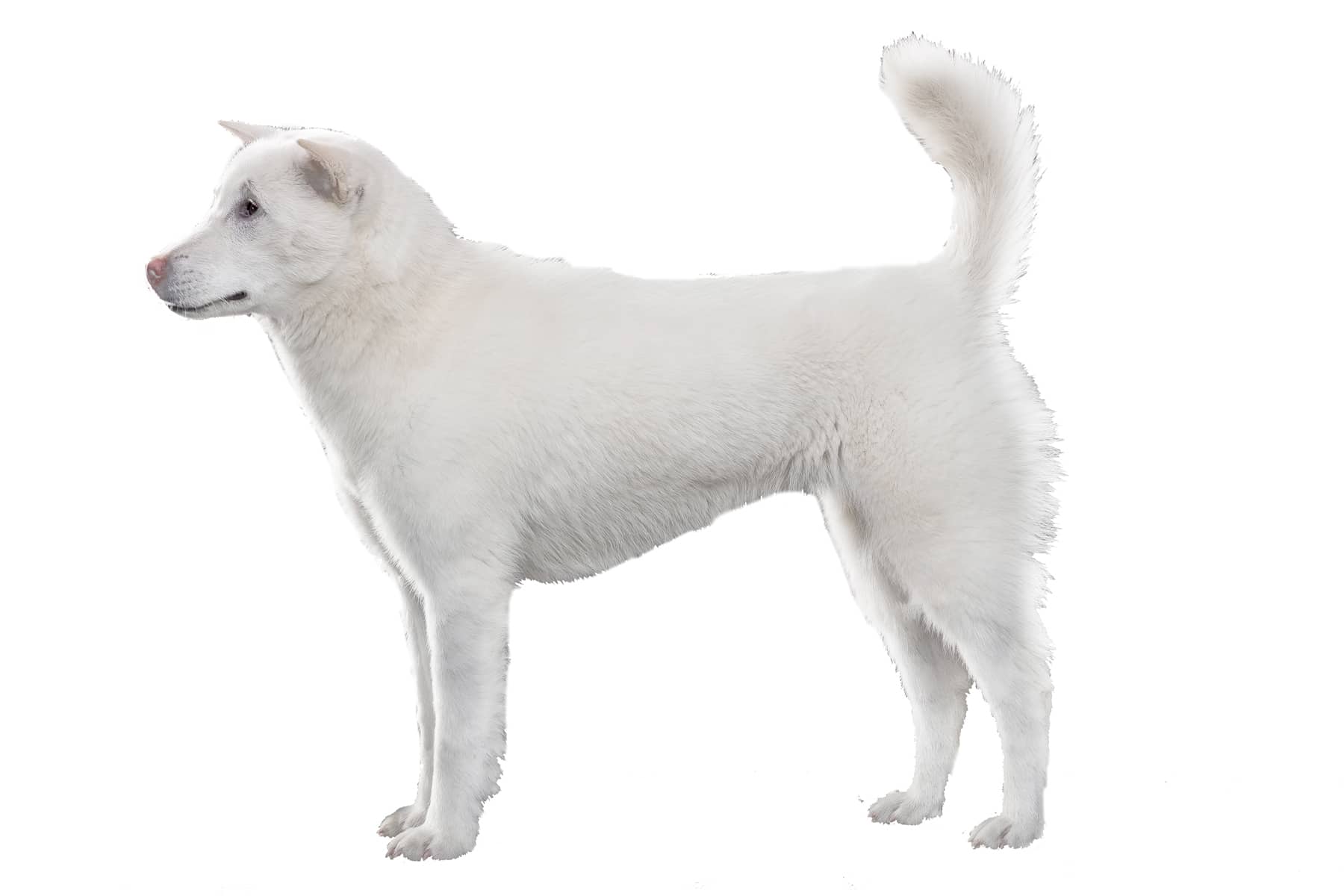 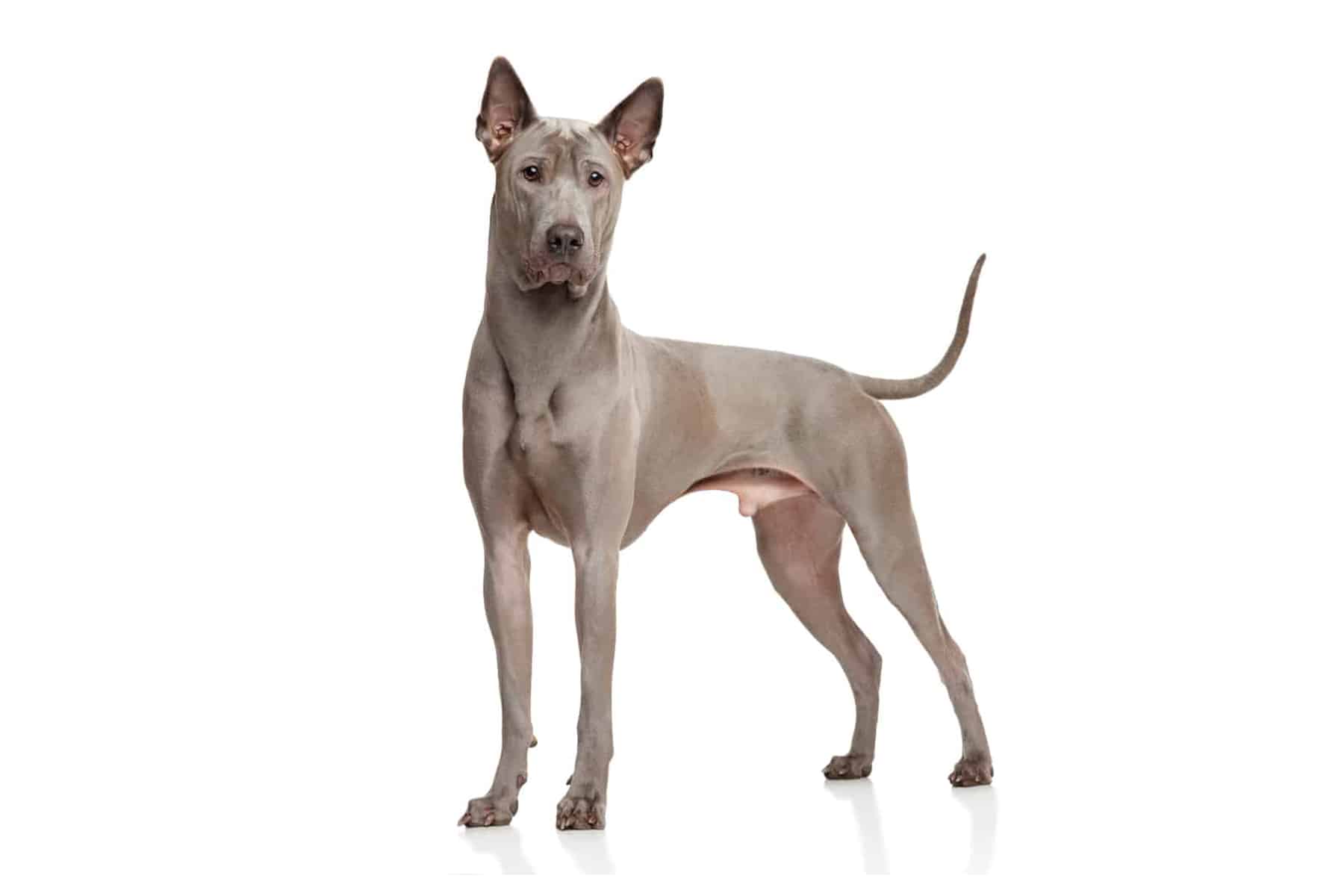 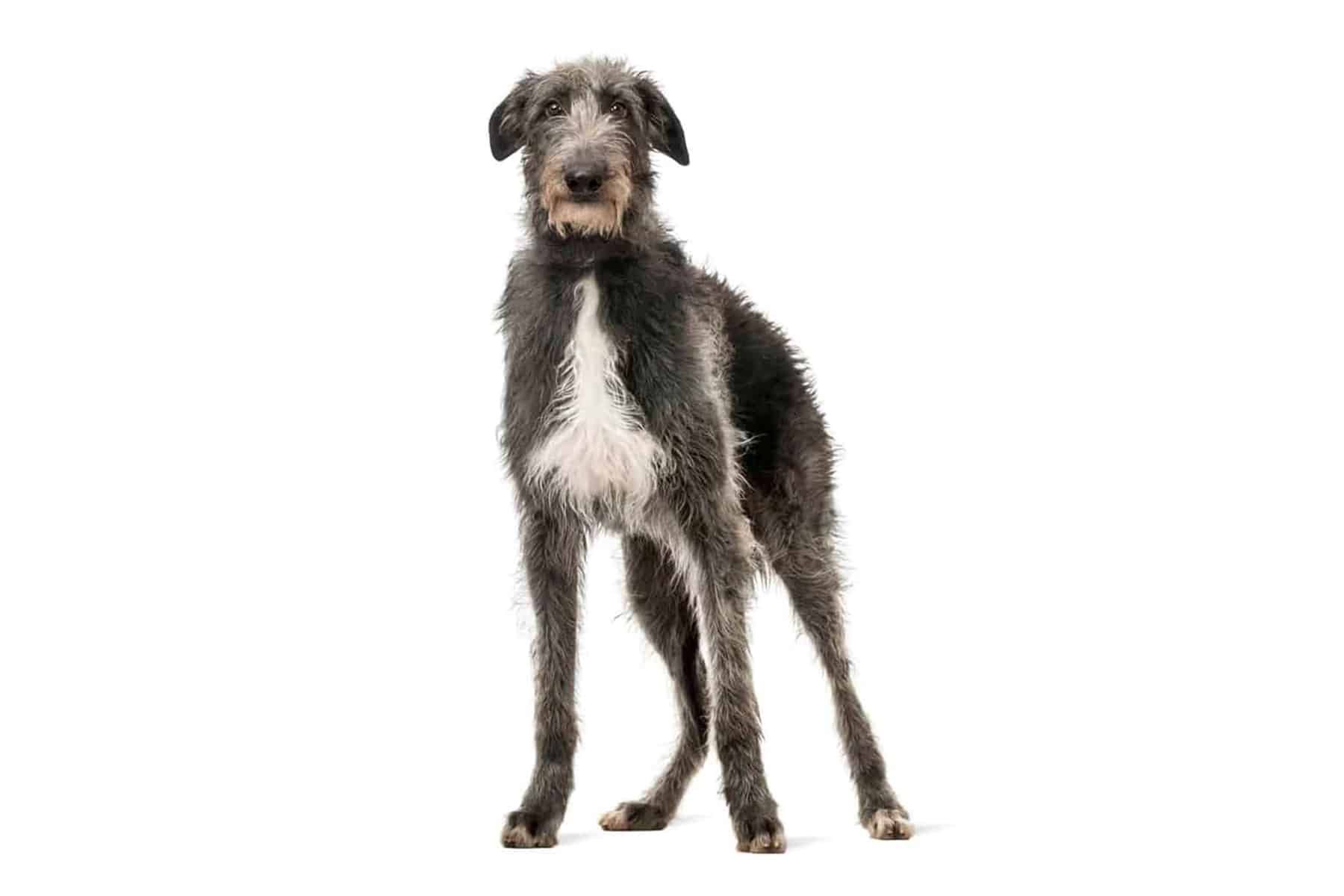 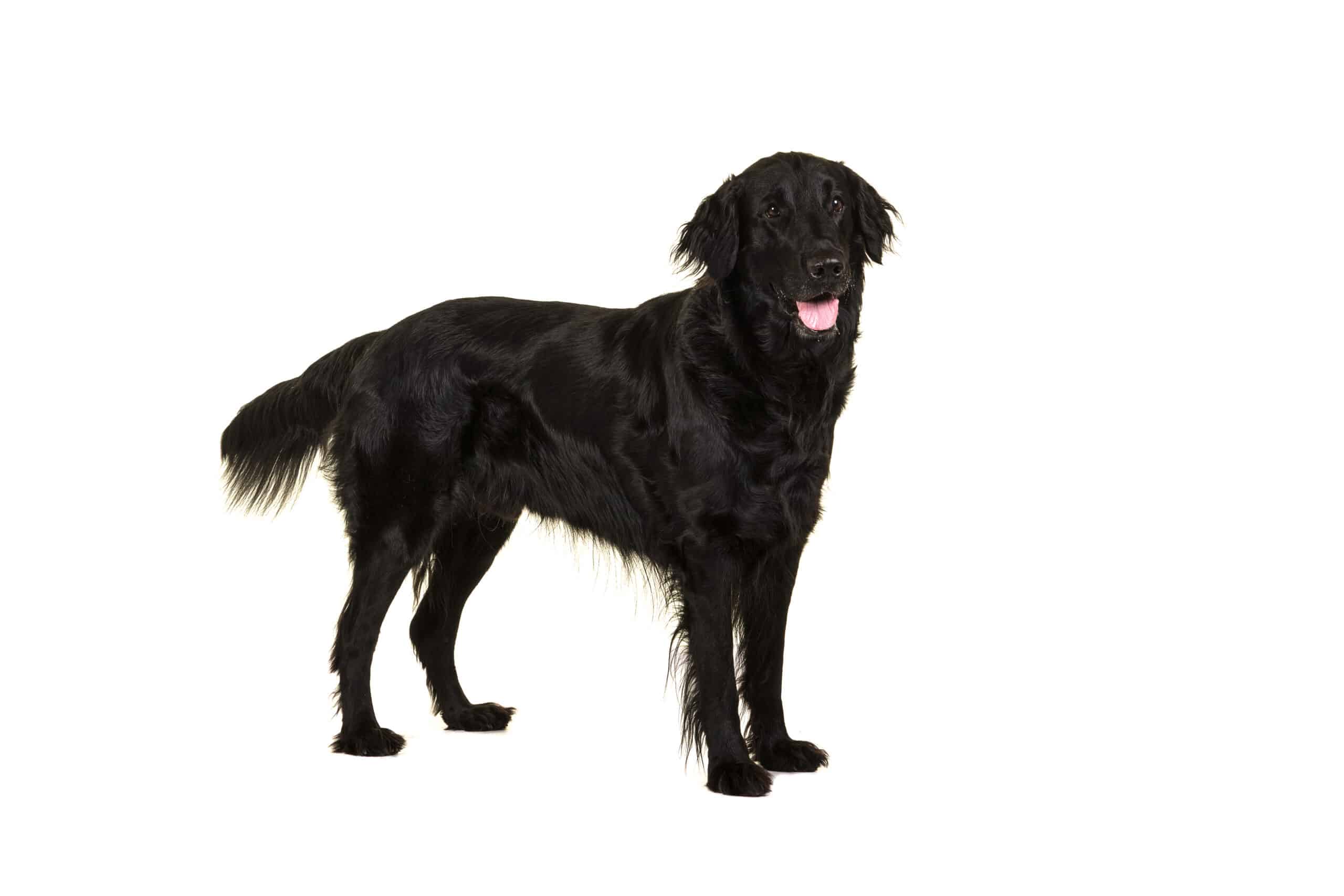