The Australian Shepherd captivates with its beautiful appearance and high intelligence. The piercing, bright look has already melted many hearts. Although he is generally sociable, he is not suitable as a beginner dog. Whoever wants to keep a dog of this breed must know what he is getting into.

The Australian Shepherd is a Herding dog and herding dog. Since 1996 the breed has been recognized by the FCI and belongs to Group 1, Section 1: Sheepdogs. The name of the breed is often used abbreviated as Aussie.

Aussies are medium sized and medium heavy with an athletic, balanced build. Males reach a height of 51 - 58 cm, bitches 46 - 53 cm. According to the breed standard, there are no exact limits regarding weight. It should fit the general appearance of the dog. Therefore, many use the guideline of a maximum of 28 kg.

The head is well proportioned, matching the rest of the body. The stop is well recognizable, but not strongly pronounced. This refers to the transition from the bridge of the nose to the forehead. The eyes are almond shaped and medium in size. They are unicolored or bicolored blue, brown or amber.

The triangular Tilt ears are slightly rounded at the tip. Standing or drooping ears are not allowed by the breed standard. Another characteristic feature is the shortened tail, also called natural bobtail (NBT). In some animals it is congenital. But in some countries where it is not illegal, breeders dock the tail afterwards.

The coat of the Aussies is two-layered. The dense undercoat keeps them warm in wind and weather. The outer coat is of medium length, smooth to slightly wavy. Permissible coat colors are the Basic shades of black, red, blue merle and red merle. In addition to the basic colors, there are variants with white and copper markings. This results in a total of 16 different coat pattern and color options.

Australian Shepherds are faithful, vigilant and wise. As herding and driving dogs, they had to master many commands and be persistent. These traits characterize him to this day. They are loyal and protected their family. Through their powers of observation and intelligence, they are able to assess situations.

The Aussie tends to to think independently. If he does not have consistent education receives, he begins to make his own rules. With good training he is otherwise obedient, friendly and sociable.

Problems with other dogs or excessive aggression do not look like him. He may show herding or driving behavior towards other animals or children. As an owner, you must work on this with him as early as possible.

As a real working dog the Australian Shepherd is active and willing to work. It demands a lot of attention and occupation. Their urge to move is high, so a leisurely walk is not enough. If you want to do justice to a dog of this breed, you should plan several hours a day for its occupation. Keepers of this breed must be particularly creative and active.

The intelligent Aussie needs a lot of variety, because he gets bored quickly. If the boredom becomes too big, he looks for an occupation without being asked. This seldom corresponds to the owner's ideas and makes living together more difficult. Owners should teach their dog early on to observe rest periods. Unchecked, the urge to be active can get out of hand and can no longer be quenched.

The Aussie is a medium-sized dog. According to this, the amount of food. With puppies it is important to make sure that the energy intake is balanced. They do need more energy as they are still growing. If the food is too high in energy, the puppies grow too fast. The skeleton of the puppies is not stable enough at that age, which can lead to deformities.

To determine how much food your puppy needs, several factors come into play. The age, activity level, current weight and target weight. To do this, you can use the weight of the parents as a guide.

The feed should be Many high-quality animal proteins and few carbohydrates contain. A sufficient supply of Vitamins and minerals is just as important. For healthy bones make sure that the intake of calcium and phosphorus is balanced.

Similar rules apply to adult Aussies. Here, the amount of food depends on activity level, age and weight. Especially active dogs or working dogs may eat more carbohydrates. The Australian Shepherd does not tend to be overweight due to his above-average urge to move. Nevertheless, you should pay attention to a healthy, balanced diet.

The Aussie cooperates willingly. He is happy about every new trick or training session. But of course he is not averse to a few treats as a reward. You will have to subtract these from the main food later, so as not to overfeed him.

It is easy to tell if the Australian Shepherd's diet is right. A healthy Aussie is active, lively and has a silky shiny coat. Ribs and waist can be felt with the hands, but do not protrude strongly. In addition, defecation should be normal and smooth.

The medium length coat of the Australian Shepherd is easy to care for. Brushing the coat thoroughly 1 to 2 times a week is sufficient. Dead hair, dander, dust and dirt are removed. This keeps the coat shiny and well-groomed. The coat of the Aussie must not be shorn. This destroys the hair structure and makes it dull.

After each walk you need fur scan for ticks and parasites. They can easily hide in the dense fur. The Control and cleaning of eyes, ears and paws are also part of the care program.

Dirt that accumulates at the edges of the eye can be removed carefully. While doing so, you should examine the eye for injuries or inflammations. Tipped ears do not accumulate heat and moisture as much as floppy ears. Nevertheless, you should check the ears regularly and clean the auricle carefully.

The paws can be stressed differently, depending on the ground on which he walks more. Therefore, it is important to regularly check the paws and the length of the claws. Pointed stones, branches and thorns can injure the paws. The injuries are often superficial, but can be painful.

Dogs that don't walk much on asphalt usually don't wear their claws down enough. When the claws get too long, they can't put their paws on properly. This leads to misalignments and problems when walking. It is better to leave the cutting of the claws to a professional. Because blood veins run along the claws, which could easily be injured.

To care for the Aussie you need a stabile brush for medium length coat and a tick pliers. It is even more important to give the Australian Shepherd Sufficient entertainment offere to offer. He not only has a high urge to move, but also needs mental challenges. The worst thing for this breed is to be bored.

Frisbee and Balls are a great way to satisfy his urge to move. Various tricks and feats are welcome. There are no limits to the imagination. Australian Shepherds like to work along and face every challenge with a lot of eagerness. No task or challenge seems to be too big for them.

So-called Strategy and logic games for dogs are also a great consideration. In case of bad weather or little time, you can keep your dog busy with these games for a short time. Of course, this can not replace exercise in the fresh air.

You should regularly come up with new games and exercises. Your Shepherd will thank you with a balanced mind and contentment. Basically, the Aussie will gladly accept any form of toy or training tool. 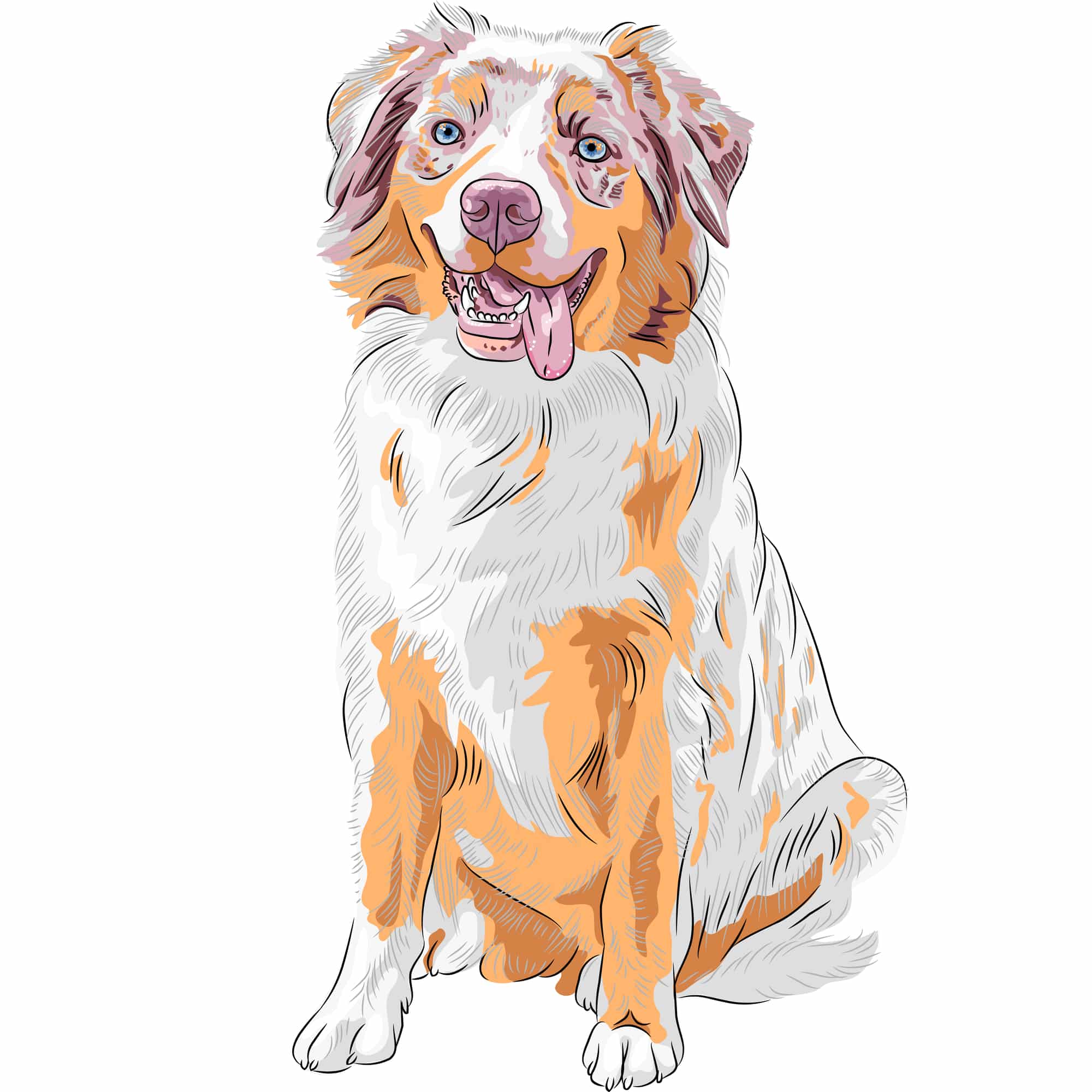 Despite the name, the breed is not originally from Australia, but the USA. The name is probably derived from the cattle they had to herd. Because in the 19th century, many Australians and Europeans came to America as farmers. The Australians brought their Merino sheep with them. In the USA, they were therefore called Australian Sheeps.

The farmers needed a reliable dog that could herd the cattle and guard the farm. Here lie the origins of the breed. For a long time the Australian Shepherd remained unnoticed and was a pure working dog. That changed in the 1950s and 60s.

At a rodeo show, farmer Jay Sisler presented his Australian Shepherds. The look and amazing tricks they performed wowed the audience. Soon many wanted to keep the remarkable breed.

Sisler's Aussies became famous as a result. They got their own TV show and starred in two Disney movies. Thus, the Shepherd made the leap from farm to family and companion dog.

The first studbook was created in 1957 in Arizona. At that time, there was an official association for this dog breed only in the USA. It was not until 1966 that the International Australian Shepherd Association was founded. Later, the national and international association merged.

Officially recognized as a breed, the Australia Shepherd was much later. The Fédération Cynologique Internationale (FCI) did not adopt it as an independent breed until 1996. Shepherds came to Europe in the 1970s. Since then, their popularity here has been growing steadily. 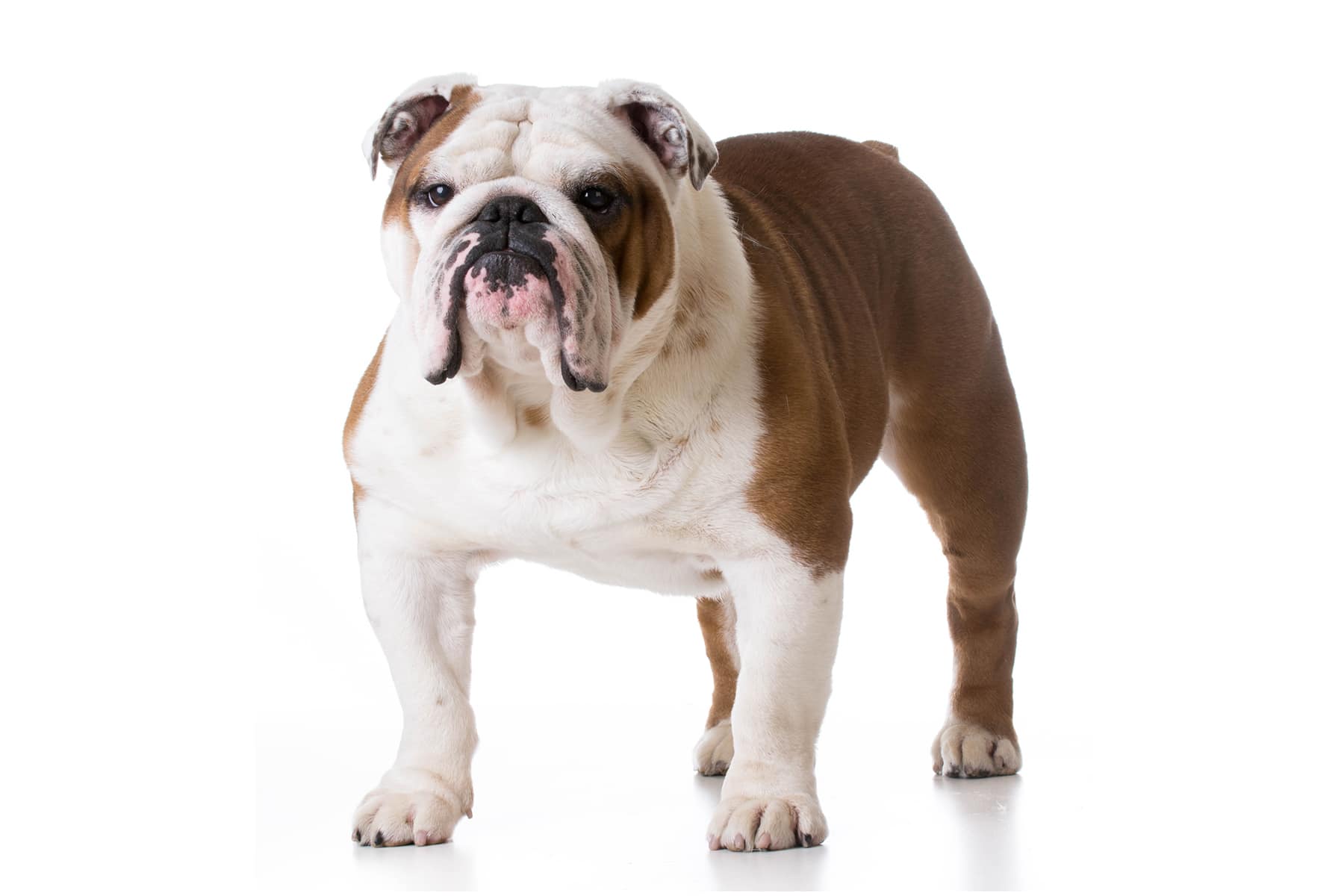 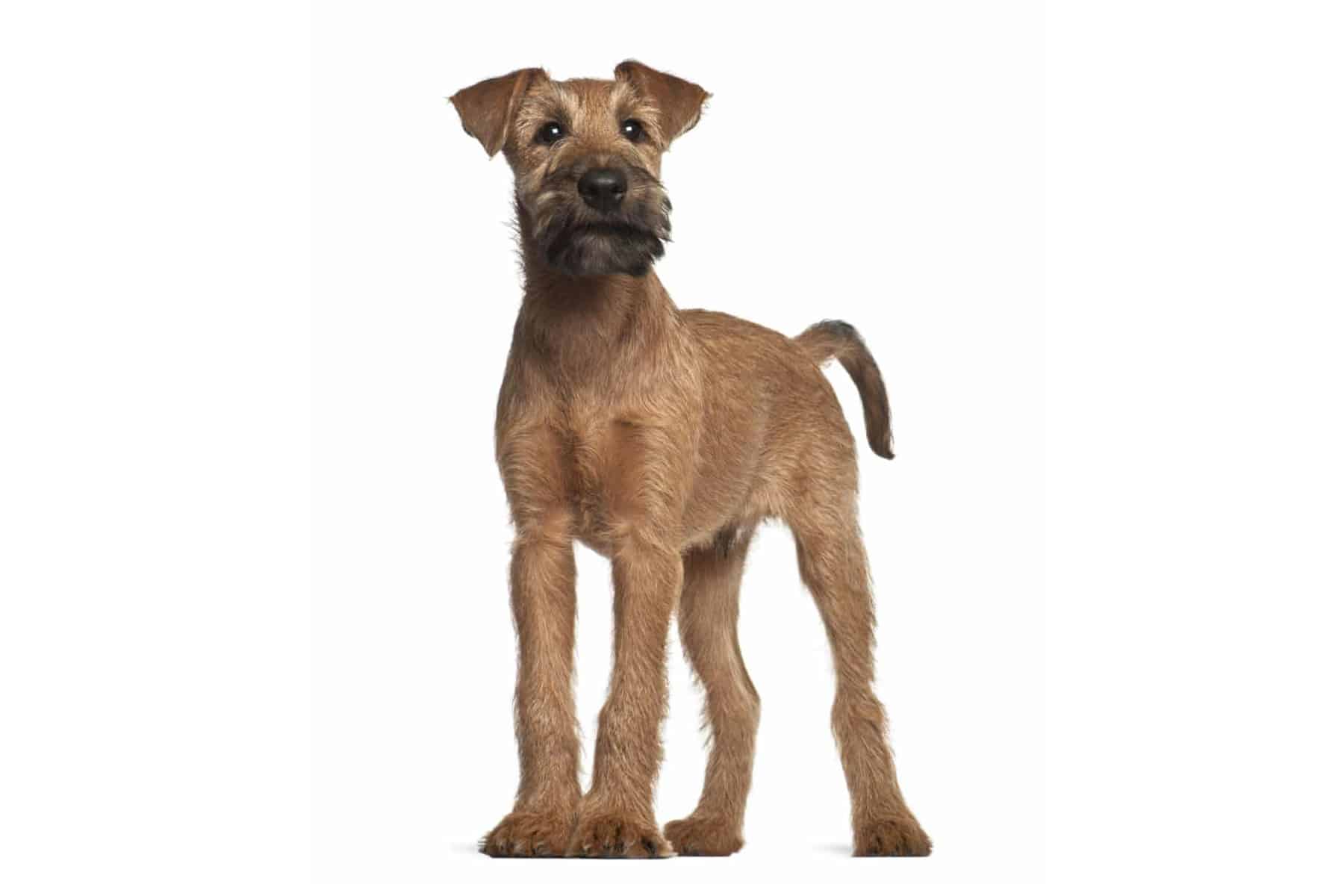 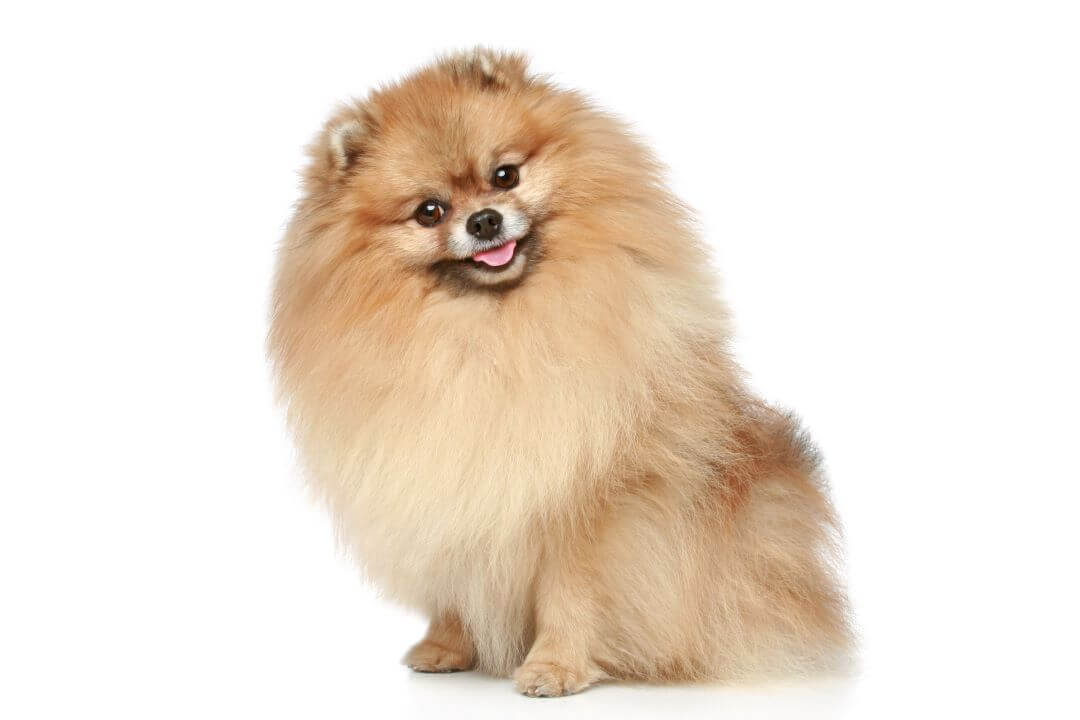 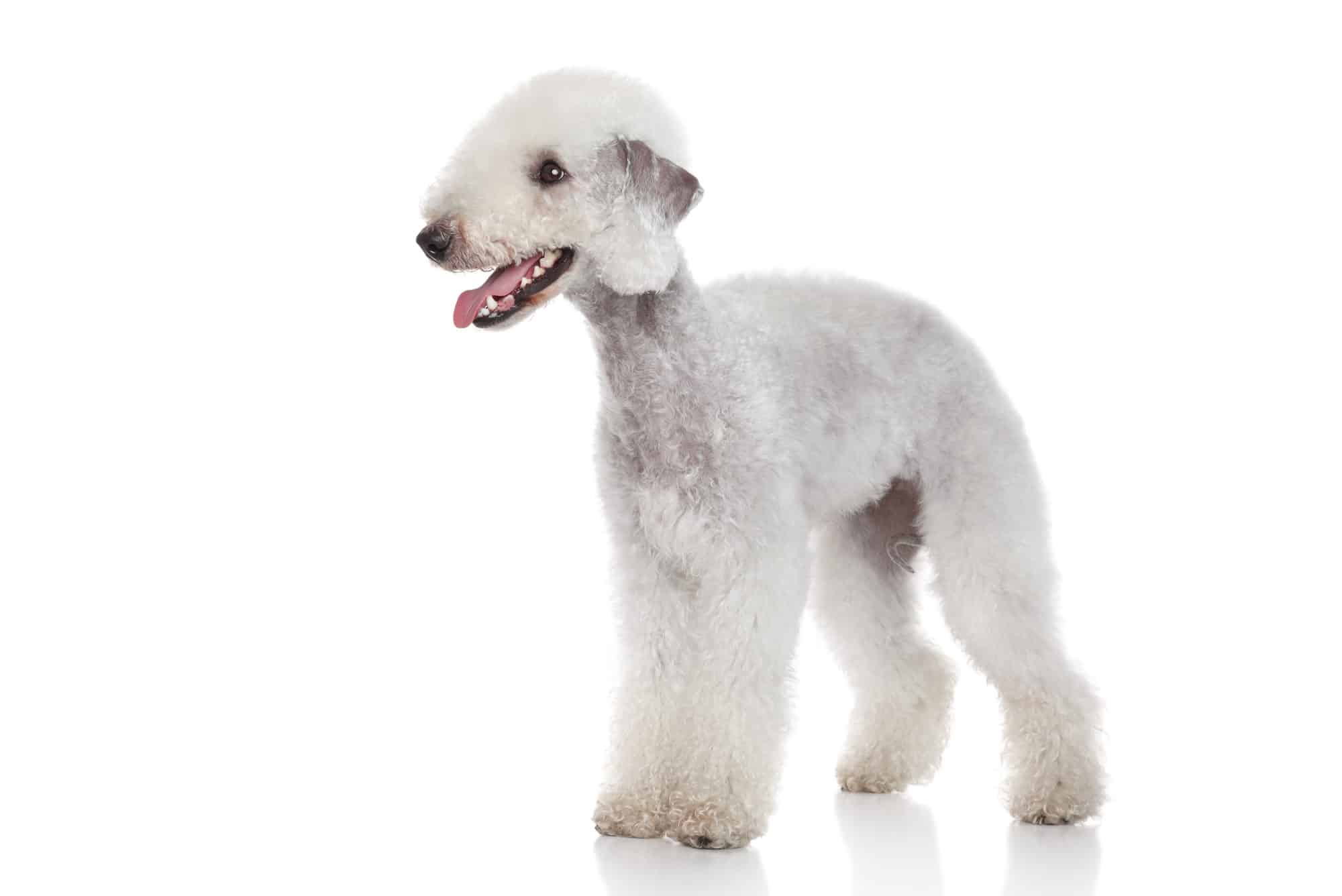